Developers are also considering renovating and preserving a portion of the derrick crane. 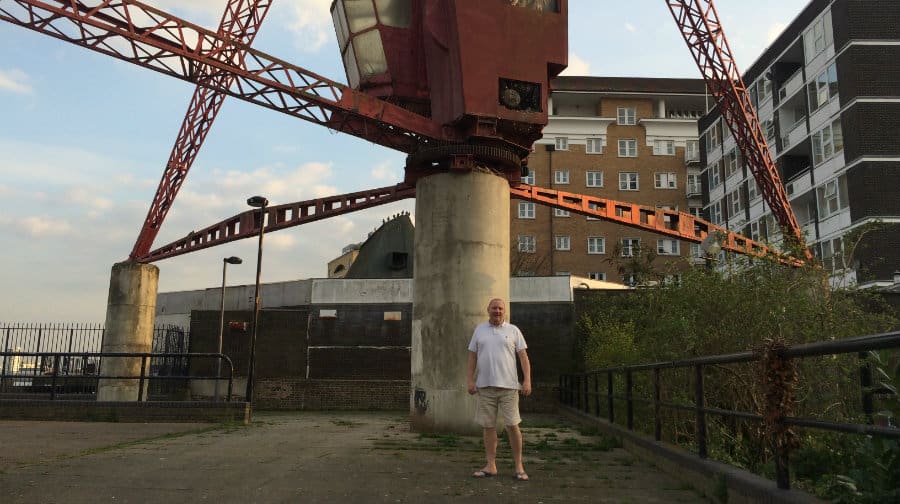 The beloved Scotch Derrick crane in Rotherhithe looks set to be saved after developers promised to “try and keep it” – possibly by converting it into a sculpture of a bird.

The historic red crane, which dates back to the 1930s, is situated at the heart of a proposed development around Odessa Street.

Worried residents had signed up in their hundreds after the crane’s future was thrown into doubt when the land it was situated on was conceded by Southwark Council to developers Hollybrook last year.

However, Justin Elcombe, Hollybrook’s managing director, revealed to the News this week that they were “not thinking” of getting rid of the striking monument to the peninsula’s docking past.

He said: “We are almost certainly going to try and keep it in some manner. We are not thinking of getting rid of it.

“We have a number of ideas on what to do with it. One idea is to refurbish part of it, perhaps the cab and one arm. Another option is to work with the local blacksmith and turn it into a sculpture.”

The sculpture, he explained, would reflect Rotherhithe’s docking and aviary heritage.

He said: “One resident said that before we had a metal crane we had real cranes, as in the birds. So one idea is to use the material to make a sculpture of the bird.”

He said: “It’s good news. I quite like the idea of turning it into a bird – it’s quirky, people would remember it and it could become a bit of a talking point for years to come.

“Either way, I hope they can keep it. I personally welcome the development. The area has become a bit run down so it is good news.”

Developers hope to build affordable and private housing, a “pocket park” and café on the site, while also removing the disused nightclub. Consultation of residents will take place in early-2016, while an update on plans for the crane will be put to residents shortly after Christmas.

A CGI image of the proposed new development, featuring a partially preserved crane.