Beluga Whale spotted in the Thames near Gravesend

Experts have warned that the public should stay away 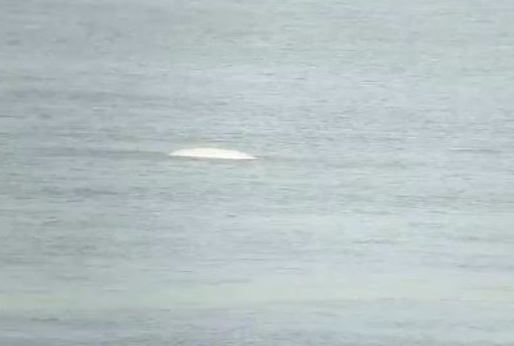 A Beluga whale has been sighted in the River Thames.

Experts have expressed concerns for its health telling the public to stay away.

The RSPCA said it is investigating the reports as pictures and videos of the rare creature circulate on social media.

Marine life rescuers told the BBC that the Beluga Whale – commonly known as a white whale – had almost certainly entered the Thames near Gravesend, Kent, but warned the public to give the animal space.

The whale was first spotted by ecologist Dave Andrews who wrote online: “Can’t believe I’m writing this, no joke – BELUGA in the Thames off Coalhouse Fort.”

In a statement the RSPCA said: “The RSPCA is aware of reports of a whale – possibly a beluga – in the Thames. We are working with other agencies to monitor the situation and ready to provide appropriate assistance if requested.”

The sighting is thought to be the most southerly ever that the creature has been spotted. Beluga whales were previously spotted in Northumberland in 2015, but quickly disappeared.

The whales are typically found in the Arctic Ocean where they feed on fish and crustaceans, but they have been known to migrate to warmer waters in the summer.

Experts at the Natural History Museum said: “Marine mammal experts at the Museum have said that it not possible to tell if the animal is definitely a beluga whale without clearer images, but they will keep an eye on its progress in the river.

“It could also be an alternative cetacean species with albinism.”

The BBC has set up a dedicated live-stream to watching the whale, which can be viewed here.

Southwark NewsNewsBeluga Whale spotted in the Thames near Gravesend