‘Ben Purdy’s girlfriend heard him being chased to his death’ 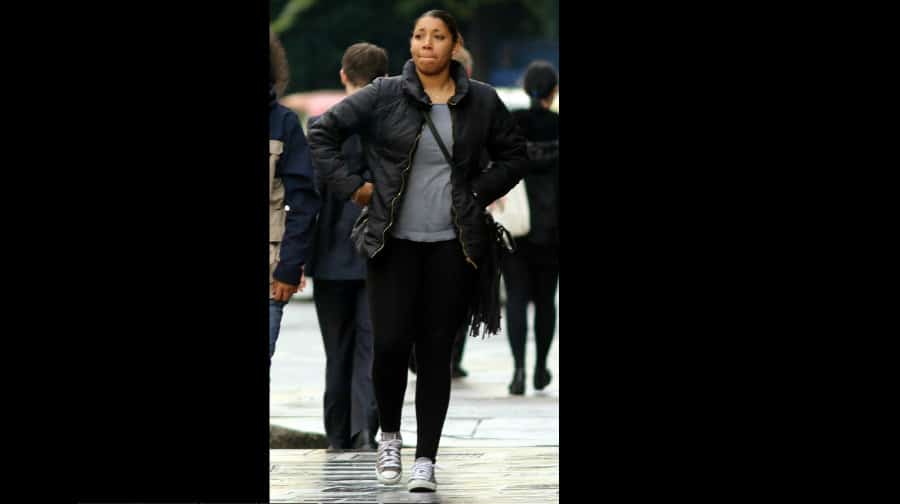 Ben Purdy’s girlfriend heard his desperate final moments on the phone as he was cornered by her jealous ex-lover and shot in the head, the Old Bailey heard last week.

Ashley Adedeji-Adebisi was on the phone with 18-year-old Ben Purdy as he was chased by her ex-boyfriend and some of his family, the court heard.

She heard the former Globe Academy pupil panic when he hit a dead end, knowing that Miss Adedeji-Adebisi’s jilted ex Michael Bagnall, 22, and his family were closing in.

The line then went dead as Ben dropped the phone and the next thing she knew a friend was calling her to break the news of her boyfriend’s death, she told the court.

Miss Adedeji-Adebisi, giving evidence, said Ben had claimed he was going to sports shop Decathlon in Surrey Quays to do some shopping when she spoke to him on the phone in the afternoon of November 23 last year.

However, after chatting for nearly fifteen minutes, he asked her what car Michael Bagnall’s grandfather drove.

She then realised Ben had gone to the Silwood Estate with his friends Callum Malone and Jack Walker to confront Bagnall, who had allegedly been sending Miss Adedeji-Adebisi threatening texts.

Bagnall had threatened to kidnap her young daughter and Ben’s younger brothers, it is alleged, and had also threatened to stab Ben.

She said: “He said ‘I think I can see Mikey [Bagnall] at the door’ – then he said all the family had come out.”

“As far as I know they started chasing him because Ben put his phone in his pocket but didn’t hang up.

“Someone shouted ‘Come on then you pussy’ – that’s all I could hear, then Jack was telling him to run the opposite way.

“He picked up the phone and said ‘We don’t know where to run’ as they were running through Southwark Park.

“He hadn’t said who had come out of the house but someone had got into a car, then Ben was shouting he was in a dead end.

“He was shouting ‘I don’t know where to go’ and I asked him what did the area look like because I know the area – he just said there were fences and walls and that they were chasing him.

“Apparently someone fired a shot and it missed them, then he said that Jack had left him, he asked me what he should do and I said ‘run’.

“Then the phone cut off, I didn’t hear anything else, just a car skid.”

Miss Adedeji-Adebisi, who had lived with the Bagnall family at their home for six months between January and July 2014, said she knew they had a gun in the shed.

She described an incident where Michael’s younger sister Lee-Ann, 19, complained a man had been rude to her on the street and her family had set out to beat him up.

“A number of members of the family went out, then they came back inside – the man was still outside stabbing a knife through the letter box.

“Mikey’s nan then asked for their clothes because they’d beaten that guy up – Mikey went to the shed and came back with a gun.”

She said he had been “pretty excited” and was smiling as he wielded the gun.

“Mikey’s uncle [Andrew Bayne] told him to stop being stupid and put it back – they didn’t say why they had the gun.”

Bagnall recruited his uncle, Andrew Bayne, 37, his cousin Reece Bayne, 19, and a 17-year-old, who cannot be named, to track down Ben after he had confronted him about the threatening texts.

When they did, Andrew Bayne allegedly shot Ben in the head and threatened to gun down one of his friends.

Andrew Bayne further denies possession of a firearm with intent to cause fear of violence.