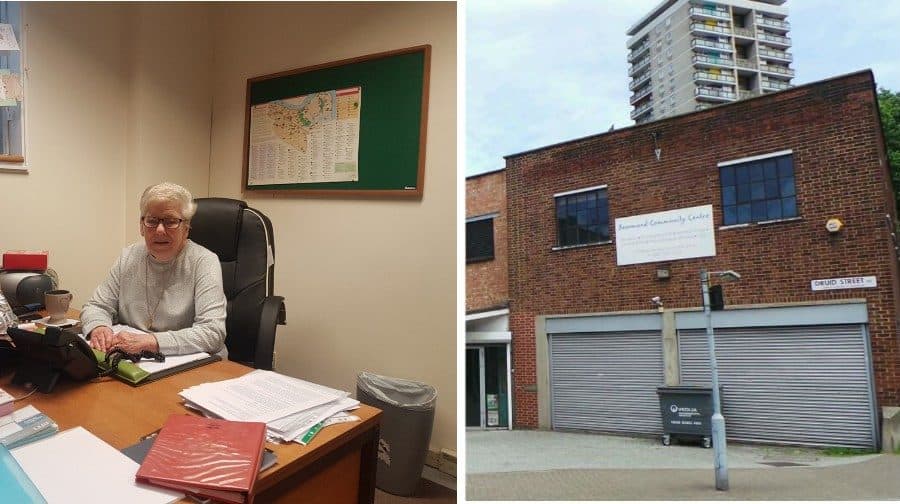 A Bermondsey community centre which has been praised by royals and prime ministers is set to close after the council pulled its funding and its lease ended.

The Beormund Community Centre on Abbey Street has seen thousands of people a year come through its doors since it was opened more than three decades ago.

But council officials say the centre is poor value for money and pulled its funding, setting the stage for Beormund to close this month.

The assessment has sparked a bitter row between the centre and council, with manager Coral Newell saying: “They’re nasty little people.”

“It’s very sad to be honest,” she said. “We think they want this building for flats.” This was denied by the council.

Over the years, the Beormund has seen visits from Princess Diana and Gordon Brown, has won awards for its provision of community services, and will be familiar to many SE16 pensioners as a driving force behind the Christmas Day party at Guy’s Hospital since 1976.

But during lockdown, council bosses said visitor numbers at the centre have been “dwindling,” and that the centre had made no effort to provide community services throughout coronavirus.

They decided to pull their remaining funding in the centre, worth £50,000 a year. 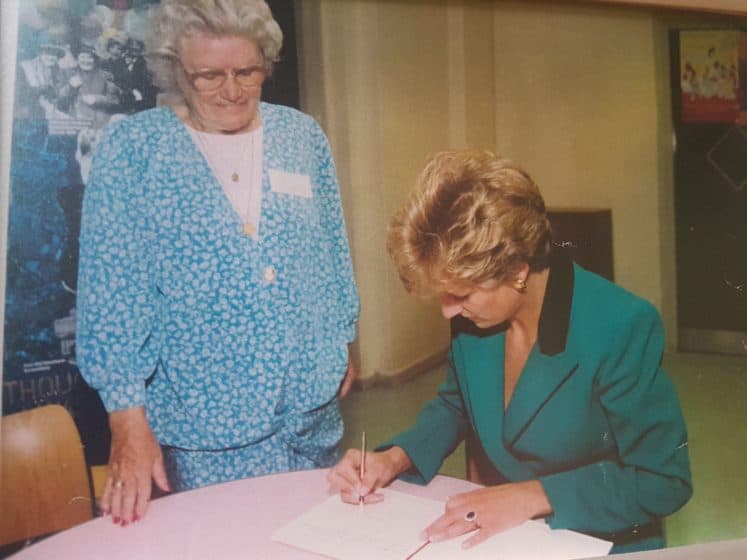 The centre has been visited by royalty, such as Princess Diana

But Ms Newell said: “Dwindling? We had 28,000 visitors last year. Obviously with Covid over the last ten months, that’s caused us a lot of problems.

“And we didn’t have anyone in the centre because we weren’t allowed to.” Council officials say the centre owes them rent, but the centre says the council’s annual grant was paying the rent.

Now defiant Coral has pledged not to hand over any remaining funds after redundancies have been paid back to the council.

An additional complication is the centre’s lease, which is also lapsing, meaning the centre cannot carry on in the building with additional funding from elsewhere.

And to add to the centre’s troubles, in September, two squatters broke into the building. 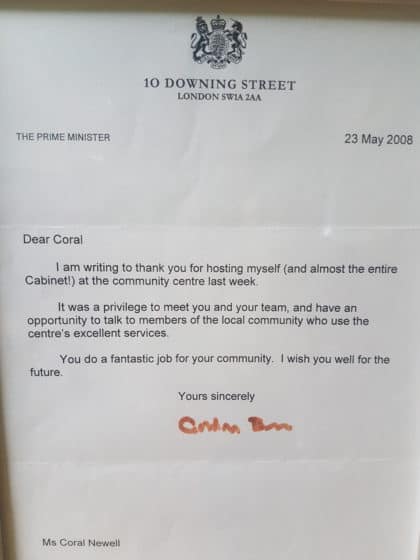 The centre has been praised by then PM Gordon Brown

“When I came in, I could have cried,” she said. “There were two of them, police caught them. They broke in through an upstairs window, they took everything.”

The row has left the centre management with a bitter taste in their mouths.

“The things that have been done to make sure people have a place to be able to come to,” said Coral. “A group of people came together to get a community hall in Southwark, it came from the people who live on the estates here.

“And we were able to get out to the people because we could fund groups to come in.”

Cllr Alice Macdonald, of Southwark Council, said: “It is disappointing that the grant for the Beormund Centre has had to end after trying to see what could be done after a number of issues arose.

“I am sorry that the centre’s management feel it’s an unfair decision but as a council we have to ensure every penny we spend is delivering value for our communities.

“There are no plans to build flats on the site and whilst all options are being considered nothing will be decided without consulting with residents.”