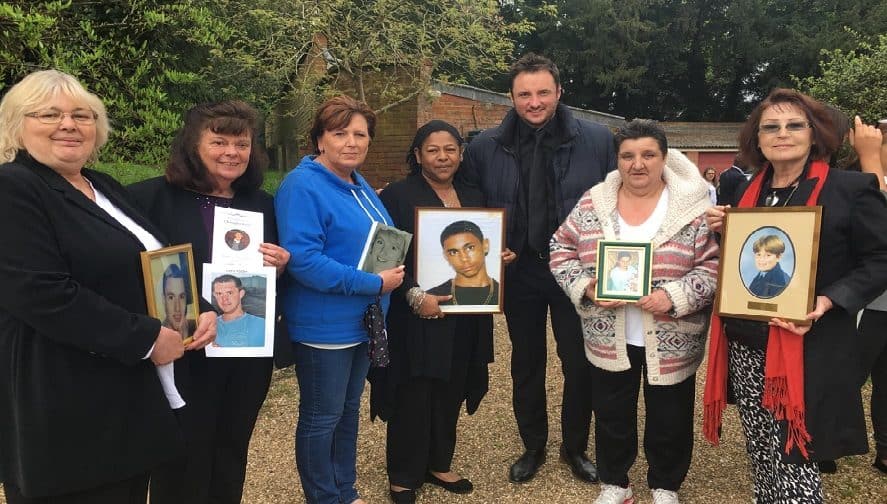 A mother from Walworth, whose daughter was murdered, has told the News how it felt to appear in a special Eastenders episode highlighting the human cost of knife crime. Ten years after former Eastenders’ actress Brooke Kinsella’s brother was killed  in an unprovoked attack, BBC bosses wrote one of the soap’s most powerful storylines to date, which saw Shakil fatally stabbed by a gang.

Viewers saw his friend Keegan, who was also injured, struggle to cope in the aftermath of the attack when he was hellbent on revenge, and followed Shakil’s devastated mother Carmel attempt suicide before becoming an anti-knife crime campaigner.

On July 6, BBC one aired a special post-watershed episode from 9.30-10pm, featuring Shakil’s funeral, where real bereaved families joined the cast and held up photographs of the loved ones they have lost to violent crime during Shakil’s burial procession.

One of them was Jackie Summerford, from the Aylesbury Estate, whose daughter Bonnie was 24 when she was last seen on September 18, 2007.

Derek  Brown, from Rotherhithe, was convicted for Bonnie’s murder, and for the murder of DVD seller Xiao Mei Guo – but he has never told police what he did with their bodies, and continues to refuse to admit his guilt.

Jackie was also joined by Jean Foster, whose son Chris was killed in 2013 after he was stabbed on Borough High Street.

Jackie told the News taking part in the special episode brought her mixed emotions: “All the cast, every one of them, made us welcome and really looked after us.

“But as me and a few others have said since, it has opened up wounds for us again.

“If we can take one knife off the street that is one knife less – and maybe one life saved.”

The time for change is now. No more bloodshed. #EastEnders pic.twitter.com/92JkQxvV4h