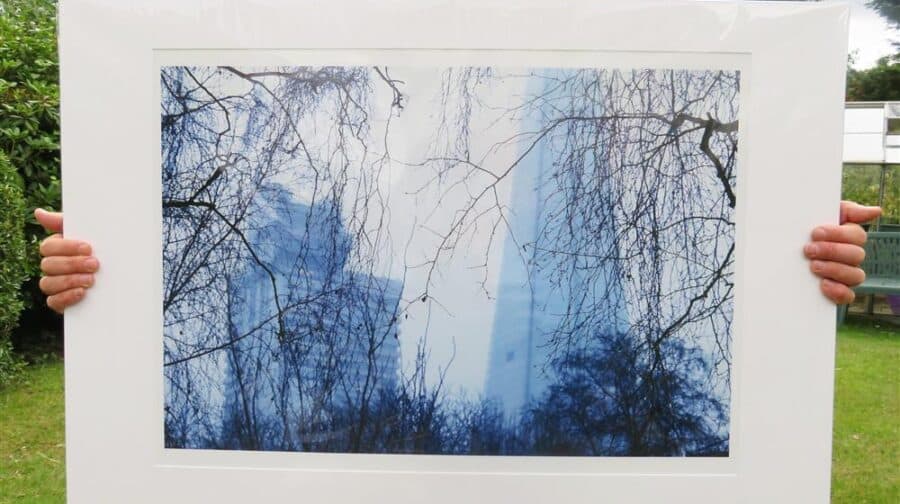 The artwork that will be given to a person who donates

A Bermondsey film-maker and artist is fundraising for the Evelina London Children’s Hospital following his experience with epilepsy in childhood.

Richard Miller was a patient at Guy’s between 1964 and 1971 for his childhood epilepsy.

He has not had a fit since 1971, but takes medication daily, and says he wants to raise money for the Guy’s and St Thomas’ Charity in recognition of the care he received. “Epilepsy can be frightening, no matter what age the sufferer, but it can be especially difficult for young children,” he said.

“I was lucky to have grown out of the condition by my teens and I have been able to lead an unrestricted life.”

The artist, who has won a National Portrait Gallery competition for a photograph of Al’s Cafe in Bermondsey, and who has also exhibited at Southwark Cathedral, is raffling one of his artworks as part of the fundraiser.

The 68cm x 45cm print of the Shard and Guy’s Hospital is normally worth £400, and will be donated to one random person who donates to the fundraiser.

Money raised will go towards research regarding epilepsy in children.