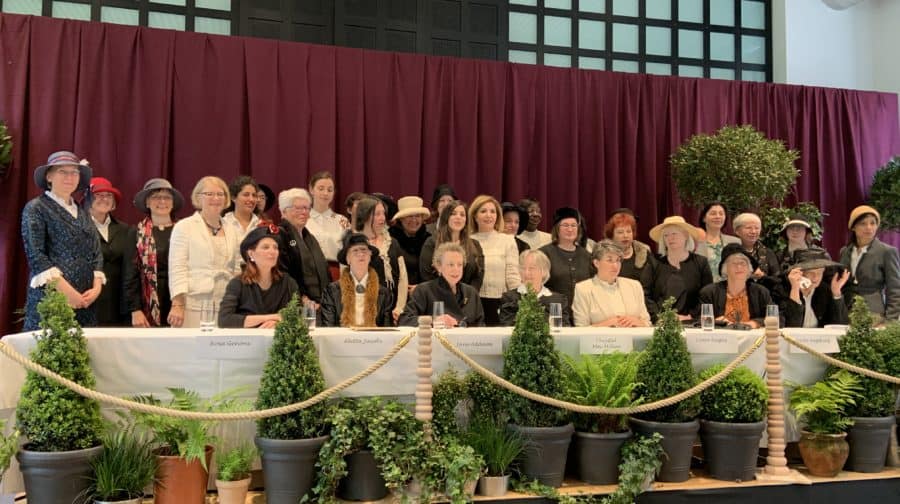 A local artist was among the women recreating a famous 1919 Zurich peace conference, attended by Bermondsey’s Ada Salter.

Women from all over the world, including Ada Salter, attended the 1919 Congress of the Women’s International League for Peace and Freedom, demanding the establishment of a league of nations to prevent future wars.

A century later, activists have recreated the famous congress – with one, Shahina Jaffer, from South Bermondsey, recreating the role that Ada Salter played at the meeting.

“It was a great honour,” Ms Jaffer, who has been involved in the Women’s International League for Peace and Freedom, which organised the conferences, told the News.

“I’m also a researcher, so it was really good because I got to speak to local people while doing my research for it [the recreation]. Activists from WILPF recreated the whole conference with talks and lectures, with each activist recreating a historical figure who took part in the post-WW1 conference.

The group was born out of the Woman’s Peace Party, which called for the increased enfranchisement of women and for neutral countries to mediate between countries to end wars.

At the 1919 conference, just after the end of the First World War, its delegates warned that the Versailles treaty could sow the seeds for a future war.

Shahina, pictured in her role as ‘Ada Salter’ for the congress re-enactment

She lends her name to the Ada Salter garden in Southwark Park, which she designed, which was opened in 1936.