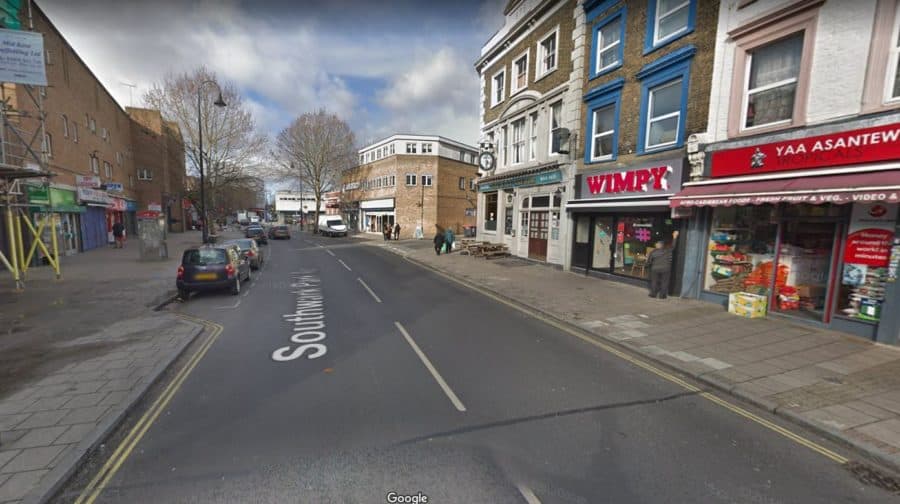 Police had been called to reports of the 'stabbing' on Saturday - but found a man who wasn't suffering from any stab wounds (Image: Google Street View)

A supposed stabbing on Saturday at Bermondsey’s Blue was a false alarm, police have said.

Officers were called to reports of a man stabbed at 18.25pm on Saturday at Southwark Park Road.

However, when police and ambulance arrived, they found that a male aged in his twenties had not been stabbed.

Police said the man “voluntarily went to hospital for an unrelated matter.” No offences were disclosed.

Reported sightings of London’s Air ambulance were not confirmed by the service, which said it had no log of attending the incident.

However, it is possible that the service may have been flying overhead at the time to refuel at Battersea Heliport, or that it was called and cancelled before arriving on the scene.