Police are seeking a man who fled the Southwark Park Road shop after the incident. 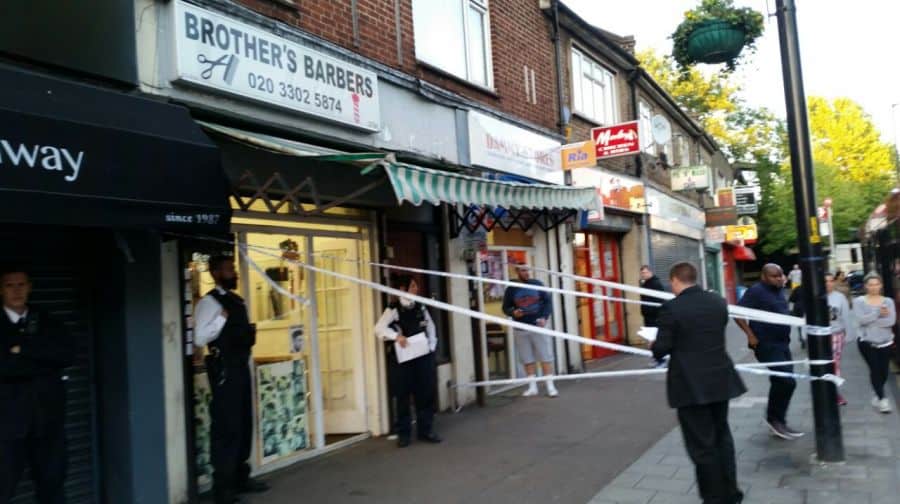 A barber in Bermondsey was allegedly attacked by a handgun-wielding man last Wednesday.

Police said a man entered Brother’s Barbers in Southwark Park Road shortly before 6.30pm and threatened the owner with a handgun. He then hit the victim over the head with the weapon and left the shop.

The road was busy at the time of the attack and a large crowd, including children, formed soon after as police arrived and sealed off the scene.

Michael Southion said: “I was walking by after it happened and saw a lot of police and onlookers. There were a lot of kids nearby and everyone was talking about what had happened.”

The attack came around two weeks after a woman was shot outside a different barber’s in Rotherhithe New Road.

While investigating officers are aware of the two gun-related crimes, they are not treating them as related and are pursuing separate enquiries.

No arrests have been made and investigations are ongoing. Police are appealing for witnesses and information. Please contact Southwark CID on 101 or call Crimestoppers anonymously at 0800 555 111.

Police at the scene of the alleged attack.

Just think everyone has gone mad