BERMONDSEY BEST TO BE SERVED IN PARLIAMENT 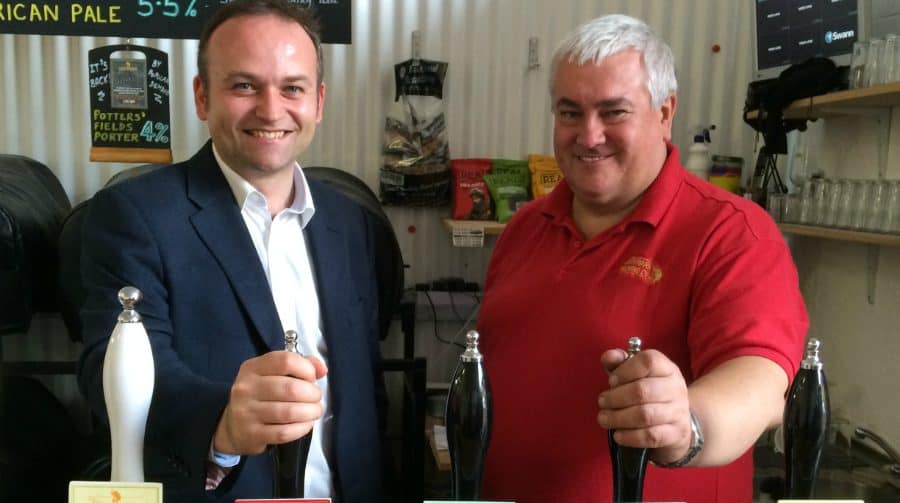 A Bermondsey brewer is raising a pint to new MP Neil Coyle, who is using his parliamentary powers to introduce a local ale to Westminster’s exclusive pub.

Southwark Brewing, located in Druid Street, will provide its Bermondsey Best cask ale for the Strangers’ Bar later in the year.

Head brewer Peter Jackson told the News: “I’m delighted that Neil is helping getting Bermondsey Best in Parliament. It will really signal to the rest of the country that Bermondsey is on the rise.

The area and its breweries are enjoying a resurgence at the moment. The industry has a fantastic heritage in this area, so it’s great for local breweries to get such support from Neil. He even gave us a shout-out during his first speech.”

The “classic British best bitter” will hark back to a style of beer that began to disappear in the 1970s, something that Peter thinks will resonate with the country’s MPs.

He said: “There is currently a lot of hype about hoppy, American beers, so it will be great to get some attention for a classic ale again.”

Southwark NewsNewsBERMONDSEY BEST TO BE SERVED IN PARLIAMENT