The money will go to the Jimmy Mizen foundation, started by Jimmy’s parents after their son’s death 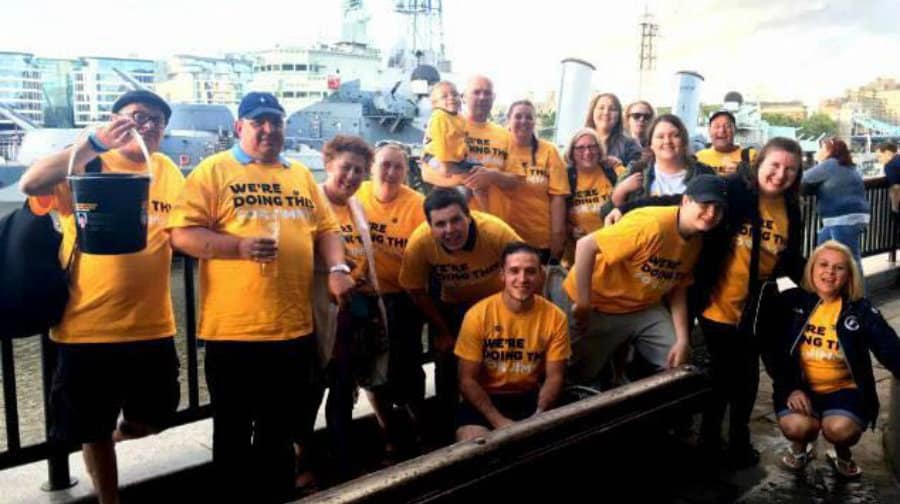 Family and friends of Jimmy Mizen, who was murdered in 2008, aged sixteen, have raised over £1,000 for his charity – including with help from Bermondsey youngster Harvey Brown.

Saturday, July 2, saw walkers set off from Richmond and Battersea to raise money for the For Jimmy charity, formerly called the Jimmy Mizen Foundation.

Among the group who set off to walk seven miles from Battersea Park to the Tower Bridge House pub was seven-year-old Harvey, with his mum and dad, Vikki and Dean.

“It was a brilliant day,” said Dean. “It didn’t even feel like we were doing that distance. We just strolled on and enjoyed ourselves – although my legs did ache on Monday.

“It rained a couple of times but we stopped at a different pub for each mile, and took shelter if it started spitting.”

The family were also in high spirits for little Harvey “full of energy” and “happier than ever” since starting his Vimzim treatment for his debilitating disease, Morquio.

“Harvey loved it, he spent some of it walking and some of it on my shoulders. He was trotting ahead of us at the beginning and then he took it steady.

“We gave out little cards to people who we saw on the way just to explain what the cause was for. It was incredible. There was a lot of generous people giving money and on our own we raised more than £1,243.

“We did the last mile with [Jimmy Mizen’s mother] Margaret. They were a huge help to us in our campaigning to help get Harvey’s treatment. They are an incredible family, who work hard to make the streets safer for young kids.”

Vikki said: “We’re helping out because they were so much help to us.

“We can’t believe all they have done. They have worked so hard to try and make their streets safer for kids. They are an amazing family.”

The money will go to the For Jimmy foundation, started by Jimmy’s parents after their son’s death.

While Dean, Vikki and Harvey took their walk for seven miles, others took on the challenge of crossing 21 bridges on their route from Richmond to Southwark, to mark Jimmy’s recent 21st birthday.

Visit forjimmy.org to find out more and how to donate.