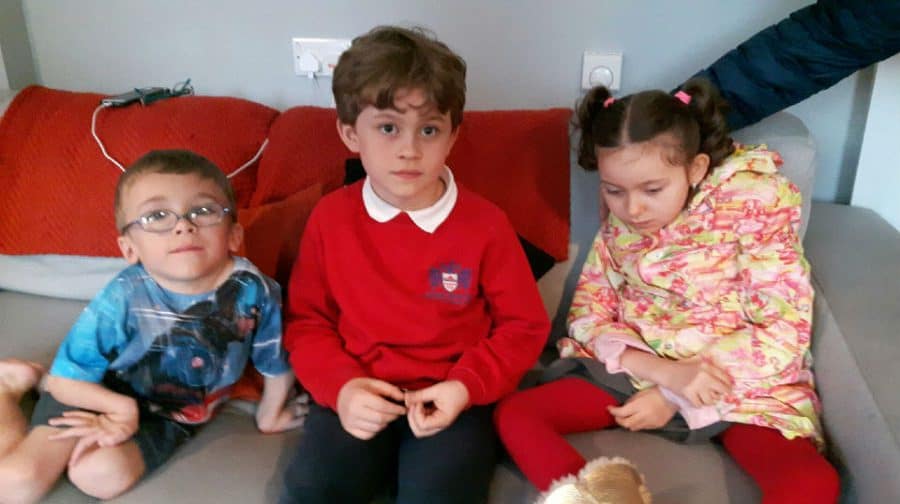 A Bermondsey boy of seven who has been a model before he could even stand is donating his hard-earned money to unwell children, writes Alex Yeates and Owen Sheppard…

Harvey Eldred is still at Redriff Primary School, but is already building a brand that has seen him feature in adverts for Sainsbury’s, Tesco, Asda and Mothercare.

Millwall-mad Harvey Brown, seven, from Bermondsey, is one of 78 children in the UK suffering from Morquio, an enzyme deficiency that means his organs will continue to grow but his weak bones won’t.

Victoria Brown, Harvey’s mum, said: “We know Harvey (Eldred) through a family friend. He is just the sweetest little boy and I think it is amazing what he’s doing.”

He also wants to donate his modelling money to help ten-year-old Ruby Longman, who suffers from the rare neurological condition, Rett Syndrome.

Rett Syndrome’s clinical features include small hands and feet and a deceleration of the rate of head growth, as well as making sufferers prone to seizures due to intestinal disorders. Little Ruby also cannot walk or talk.

Ruby’s mum, Timi, said: “It’s amazing as you don’t get much from children usually, not without a fight.

“It was upsetting at the same time at the thought that a little boy’s going to give so much as you can’t get much from adults.

“If Ruby could speak I’m sure she would be delighted.”

Harvey Eldred’s dad, Gary, of Southwark Park Road, said he signed his boy up for modelling when he was little.

He said: “I just applied when he was a baby. He is actually quite a shy one, but he has gone for casting in commercials. He has been on billboards, magazines, and in-store boards. I just thought we should give it a go. The first one he got was for Mothercare, and the jobs have been coming in ever since.”

Speaking on his little boy’s decision to use his money to help Ruby and Harvey Brown, Gary said: “It’s a nice gesture. It’s just such a shame because Ruby and Harvey miss out on so much. We want to raise awareness of their conditions and help spread the world to encourage other people to give something too.”