Bermondsey brewery brothers to make over 14 million pints a year

Bermondsey-based Fourpure Brewing, set up by brothers Dan and Tom Lowe in 2013, has invested £2.5million into its latest expansion 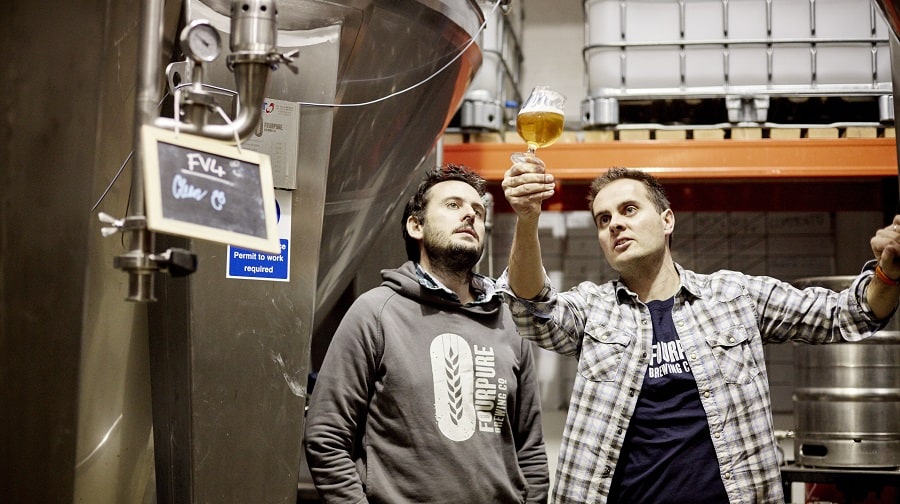 A Bermondsey-based brewery founded by a pair of brothers four years ago will be able to make over 14 million pints a year as part of  its expansion.

Fourpure Brewing was originally housed in just one unit at Bermondsey Trading Estate when it was launched by brothers Dan and Tom Lowe back in 2013.

But the company has since grown to occupy five units – and recently announced a £2.5million investment into the development of its brewery.

Fourpure now expects to brew up to eight times a day, increasing its output to over fourteen million pints per year, with the help of “world-class technology” brought in as part of the latest expansion.

Speaking to the News, Dan Lowe said: “We made the decision to stay around in our local community here to expand the footprint we’ve got, rather than moving further out to the outskirts of London.

“It’s pretty important for us because half of our beer gets brought into south east London, between here and the South Bank area, and a lot of our existing team has made this area their home, so we’ve got a community of our team and local customers who are Fourpure fans as well so it’s pretty exciting. “We were drawn here because of other artisanal producers around Druid Street and other areas and now we’ve got about ten beer destinations between Fourpure and London Bridge and we enjoy being in the space because we can collaborate and share resources.

“The technology we’ve brought in is world class, first of its kind in the UK, which is allowing us to get access to the quality which up until now has only been able to be produced on a much more significant scale but it will still allow us to create craft products.

“I feel right now we are just getting started – we had a foundation stage and have established ourselves as a brand – and we have the right team, technology and space to take ourselves to more of a national brand, although we are not looking to expand at all costs.”

Fourpure held a public launch party on Saturday, February 10, to unveil its four vessel Craft-Star brewing system which is expected to put the brand “at the forefront of technological advancement within the UK beer industry”.

The brewery’s latest development also includes upgrades to make the venue more comfortable, such as family and wheelchair-friendly facilities.

Customers can enjoy up to 20 taps of the latest seasonal releases and the brewery also includes a viewing gallery, mezzanine and glass-walled meeting rooms, which will be available to hire. For more information, visit: www.fourpure.com