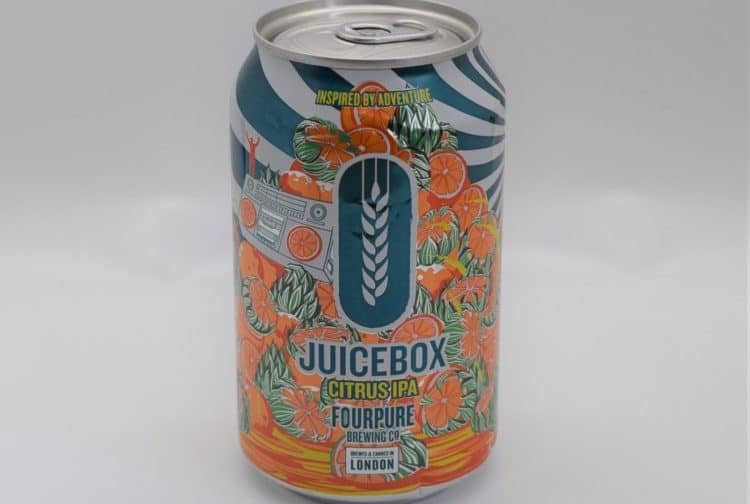 The packaging of Juicebox was criticised by regulators

A Bermondsey brewery has been criticised by an industry regulator over a beer dubbed particularly appealing to children, even though the watchdog did make clear it had not breach the code on communicating that its beer was alcoholic.

A lesser complaint was upheld against Fourpure, a brewery based on Rotherhithe New Road, over the branding of its ‘Juicebox’ beer.

Officials at the Portman Group – the industry watchdog ­- raised concerns that the Citrus IPA could be easily mistaken by children as an orange juice or a can of pop.

In considering the complaint, they alleged that the can size, the name and the “heaps of oranges” on the tin could lead children into thinking it was a children’s drink.

“The Panel believed that the stylised image of a heap of oranges, including one depicted as a sun, alongside the name ‘Juicebox’ which could be easily associated with a children’s drink meant that this product had a particular appeal to under-18s,” said the panel chair, Jenny Watson. The panel noted that the product did convey to adults that it was an alcoholic drink.

However, the brewery had told regulators that it had never received any complaints from consumers over the packaging and that no retailers had suggested the packaging was particularly appealing to children.

It added that it “took compliance responsibilities very seriously,” including the need to make sure products were clearly branded as alcoholic.

The product was found to breach a rule that “a drink, its packaging and any promotional material or activity should not in any direct or indirect way have a particular appeal to under-18s.”

The beer’s design has now been changed in the wake of the ruling, the News understands.

Juicebox has been sold since March 2016 and is a consistent top seller for the brewery, based near to South Bermondsey station.