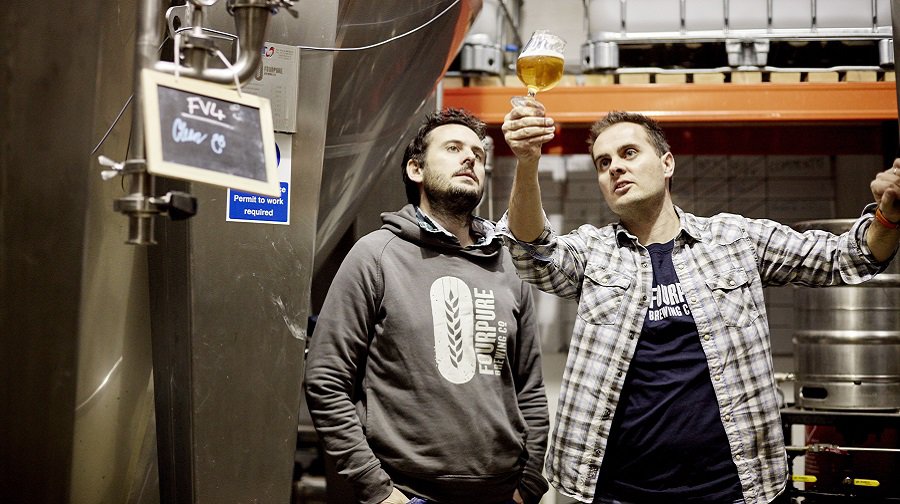 A Bermondsey brewery set up by two brothers has won a pair of prestigious awards.

Fourpure Brewing Company picked up the prestigious Britain’s Brewery Business of the Year award, as well as the Business Innovation prize, at the Society of Independent Brewers’ annual awards.

The independent craft brewer, set up by brothers Dan and Tom Lowe in 2013, also received recognition for making it through to the final three for outstanding commercial achievement and best individual design for its Shape Shifter West Coast IPA can.

Adrian Lugg, head of marketing at Fourpure, said: “It’s absolutely fantastic to win; we are humbled to receive this award and it feels like confirmation of a job well done after working so hard to grow the business over the last few years.

“This is a brilliant win for the whole team and we are absolutely over the moon.”

It has been an interesting journey for Fourpure, which started life in an empty warehouse and has gone on to produce more than 1.2 million litres in little over three years.

“It’s a real team effort around the brewery,” said co-founder Dan Lowe. “I know it’s quite clichéd to say but everybody here gives 110 per cent and really believes in what we’re trying to do.

“We strive to create a great working environment, inspired by global best practice in all facets of the business. This has helped drive our thinking and innovation and get buy in from the team.”