“Leaving the EU has absolutely nothing to do with race, it's about democracy," argues candidate Alex Matthews 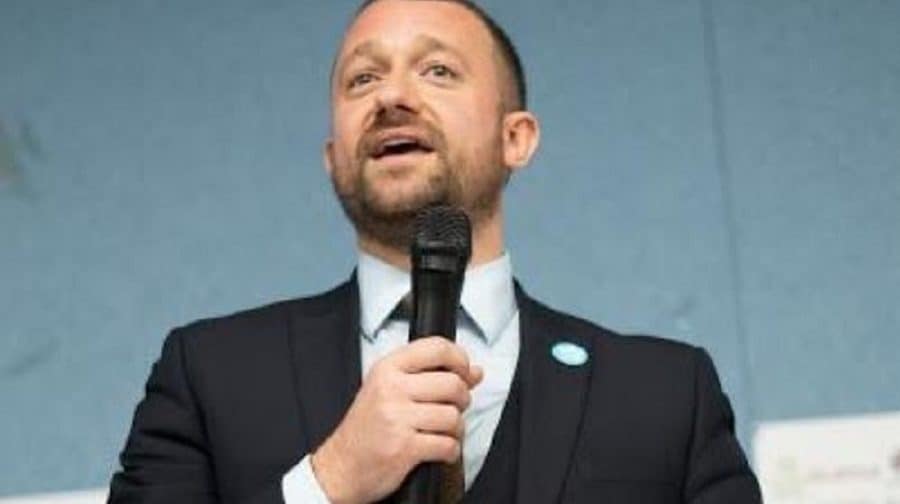 Representing the Brexit Party in Bermondsey and Old Southwark is Alex Matthews, a 36-year-old who lives in Barnet, but works on Southwark Bridge Road in recruitment.

He has previously worked as an SEN teacher and has taught English in Japan.

It is the first time he has stood for election, and he has previously been a card-carrying member of the Labour Party for six years.

Unsurprisingly, Brexit is the biggest issue which preoccupies him as a candidate – and he is determined to challenge stereotypes of his views.

“Leaving the EU has absolutely nothing to do with race,” he tells the News. “It’s about democracy and self-governance.

“Brexit’s a proxy for something else, it’s about democracy. It’s the idea that people don’t have control over their life or their country.

“I just think it would be a disaster if we did not go through with the referendum result.” Matthews knows it’s highly unlikely that the Brexit Party will win the seat. When asked how much money he would bet on himself winning, he laughs: “Not very much!”

But especially important for him is to represent the voice of Bermondsey and Old Southwark’s Leavers, he says.

It’s a minority, albeit a not insignificant one – 28 per cent of Southwark voters chose Leave in 2016.

Matthews also rails against the established political parties as betraying those they should represent.

“If they [the major parties] were companies, they would be sued. The Labour Party isn’t a Labour movement anymore, it’s a party for bourgeois middle-class liberals,” he says.

“What I hear [from the Conservatives] is ‘Get Brexit Done’ – but this isn’t the end, it’s the beginning.”

He especially criticises MPs who voted to have a referendum, but not to invoke Article 50 to leave, naming front-runner Neil Coyle as among them.

Outside of Brexit, Matthews names housing and the NHS as the two key issues facing Bermondsey and Old Southwark residents.

“Housing is huge,” he says. “It’s a national issue so there needs to be national building plan. We haven’t got anywhere near enough social housing, we need to replace the social housing that we’ve lost.”

Among the party’s other policies is to have a Royal Commission on the NHS, to see how it could be reformed, says Matthews.

“I think it’s a good idea, because the NHS has been used for a political football for so long. At the moment it’s surviving on the goodwill of the fantastic people who work for it.”