Bermondsey brothers among four facing jail for smuggling £2.1million of drugs into country 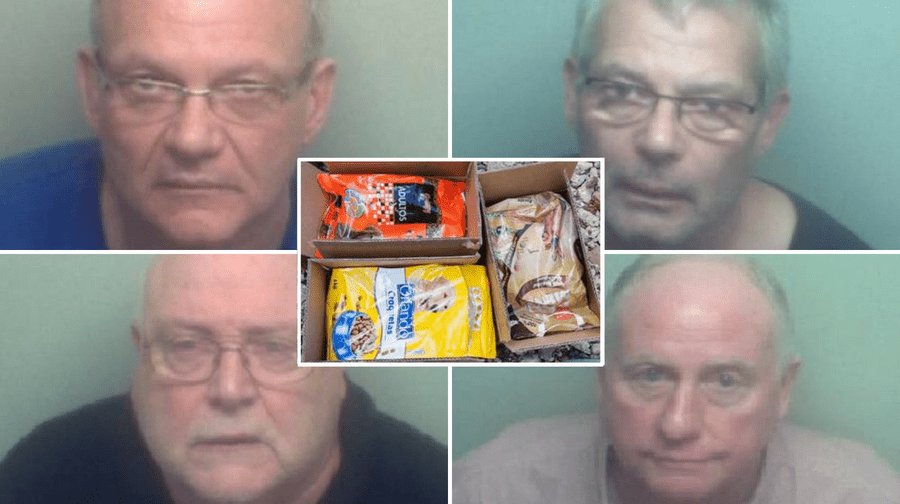 A pair of Bermondsey brothers are among four men facing jail after smuggling £2.1million worth of drugs into the UK hidden underneath dog food.

Brothers Kevin Downes, 57 and John Downes, 58, and Brian Chapman, 64, all from Bermondsey, pleaded guilty at earlier hearings to conspiracy to import controlled drugs into the UK.

Thomas Abrahams, 73, was also found guilty at the Old Bailey on June 28 following a two-week trial.

The four men attempted to smuggle three quarters of a tonne of cannabis with a street value of more than £2.1million into the UK from Spain. The four men smuggled three quarters of a tonne of cannabis worth more than £2.1million into the UK from Spain (National Crime Agency)

The drugs were driven to a fictional company called Levante European based at a rented industrial unit in Lower Road, Sheerness, Kent on September 30, 2016.

National Crime Agency (NCA) officers had the area under surveillance and watched as the drugs were unloaded from the van by John Downes. All four men are due to be sentenced next month following the operation led by the NCA together with Kent and Essex Police.

NCA operation manager Paul Green said: “This is a significant disruption of an organised crime network intent on bringing illegal drugs into the UK. “The cannabis had a street value of more than £2.1million and no doubt they proceeds would have funded further criminality.

“We take all importations of illegal drugs seriously and this joint operation with colleagues from Kent and Essex police has prevented a substantial quantity of drugs from ending up on our streets.”