He was found inside the wardrobe of a house being used to grow weed only hours after the terrifying burglary, said Kent Police 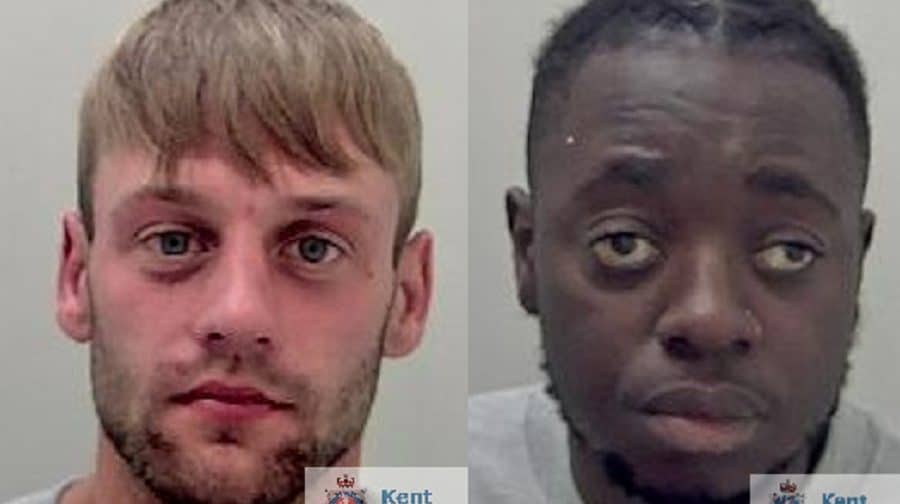 A Bermondsey man who helped to carry out a terrifying burglary has been jailed after he was found hiding in a wardrobe of a house used as a weed factory.

The court heard Alfie Taylor forced his way into an address in Gravesend, Kent along with two pals on July 11. Two people sleeping inside were tied up and beaten before the burglars made off with jewellery and cash.

The 25-year-old was jailed for eight years last week for his role in the terrifying 1am burglary. Alfie Taylor has been jailed after a terrifying burglary in Kent

His associate, Baffour Amponsah, from Lewisham, was jailed for nine years while David Powell, from Gravesend, was given eleven years behind bars.

A woman, Elizabeth Woods, has also been jailed for fifteen months for hiding Taylor and Amponsah at a house where cannabis plants were being grown.

Woolwich Crown Court heard how the victims were asleep upstairs when the three men barged into their bedroom demanding money.

The trio had their faces covered and were carrying knives.

The three burglars were caught on CCTV

Kent Police said the victims were tied up, punched in the head and ordered to lie face down on the bed by one of the men while the other two searched the property for cash and jewellery.

One of the victims bravely managed to overpower the burglar holding them, push him out of the bedroom and lock the door. He then called the police and the trio fled.

When cops went to the scene, a sniffer dog tracked the burglars to a property in Thong Lane, also in Gravesend.

Woods was inside, but when police tried to enter she tried to set her dog on them. Taylor was found hiding in a wardrobe upstairs and Amponsah was hiding in a bed, said Kent Police. Downstairs, cops found 40 weed plants. The victims’ jewellery and cash were found at the address, alongside designer handbags, shoes, and £5,000 in cash.

“This was a violent burglary and an extremely terrifying ordeal for the victims,” said DC Rebecca Ward.

“Not only were they threatened with knives and tied up, they were assaulted without being able to defend themselves.”

“However, the bravery of one of those victims resulted in him being able to call us while the offenders were still in his home.”

Taylor and Amponsah were arrested at the scene and later confessed to burglary. The third burglar, Powell, denied taking part but was found guilty by a jury.

Twenty-seven-year-old Woods was also arrested and charged with perverting the course of justice, permitting the production of cannabis and possession of criminal property.