Bermondsey cancer sufferer makes appeal after she, her mum and sister get diagnosed with the disease

"It can happen to anyone", Tilly Browne said 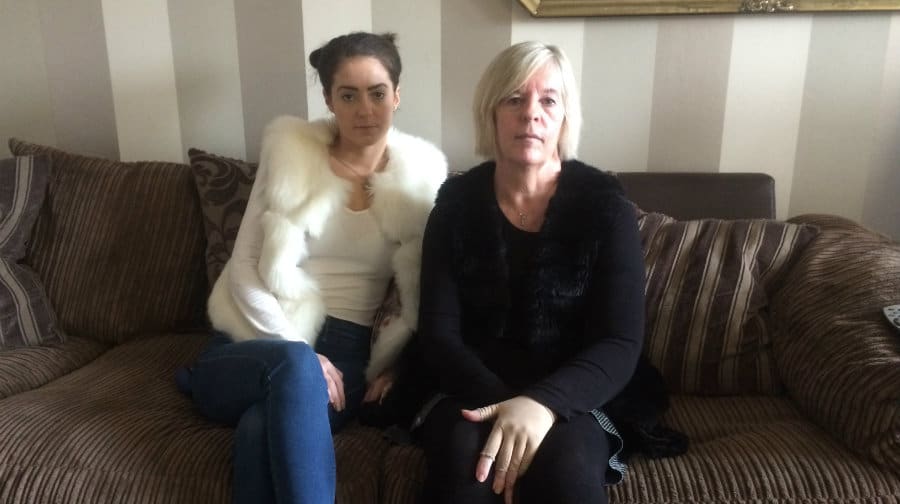 Tilly with her mum Janet

A young Bermondsey woman with incurable cancer is urging women to check themselves for signs of the disease – after both her mother and sister discovered tumours following her diagnosis.

Tilly Browne was diagnosed four years ago at the age of just 20 with both breast cancer and Li–Fraumeni syndrome, an extremely rare disorder which leads to early-onset cancer.

While the breast cancer can be treated, Li-Fraumeni cannot. The ultra-rare condition, which affects less than 500 families across the globe, will continue to plague Tilly with cancer for the rest of her life – proving fatal unless a cure is discovered.

Tilly, who has had one breast removed and expects to remove the other in the near future, wants to use her tragic situation to help raise awareness about cancer and its early symptoms – after her own diagnosis saved the life of her mum Janet.

Janet said: “After Tilly was diagnosed I was tested and they found I also had breast cancer. I had immediate treatment. Tilly and I actually both lost our hair at the same time, and even turned up to a party together both wearing new wigs! I really believe she saved my life.”

One of Tilly’s sisters also tested positive for cervical cancer and her other two sisters underwent preventative surgery. As Li-Fraumeni is genetic, any grandchildren will also need to be tested when they turn eighteen – and Tilly has urged anyone reading to check themselves for signs of breast cancer.

She said: “It can happen to anybody. All you need to do to check is feel under your arms or your breasts.”

The 24-year-old has been undergoing treatment since 2012, but has refused to let the illness interfere with her life.

She said: “I’m not the type of person to sit about feeling sorry for myself, I like to be out and about. After I was diagnosed I went on holiday to Egypt, and hung my bikini out to dry along with my wig!”

Tilly’s aunt Suzan Crawley paid tribute to Tilly and her whole family for coping so bravely with the onslaught of bad news. She said: “For a few years it was one bout of bad news after another, and I wondered when it would end for Janet and the family. They are an inspiration to all who know them how they have coped with this devastating news.

“I have never met anyone like Tilly, who is so young but speaks with such honesty about herself, her condition and how she used to be so full of anger, as many adolescents can be, and her views on life then and now.

“She has the most amazing positive attitude to life, and so much resilience. She is a great inspiration to me and I learn so much from her, as she has become wise beyond her years.”

Anyone wishing to learn more about Li-Fraumeni should visit the George Pantziarka TP53 Trust website at www.tp53.co.uk.

A charity walk will take place in July, raising money for any oversees transport Tilly may require for foreign treatment in the future. Check the News closer to the time for more details and ways to donate.

Southwark NewsNewsBermondsey cancer sufferer makes appeal after she, her mum and sister get diagnosed with the disease