Cats being abandoned because of coronavirus, fears Bermondsey rescue 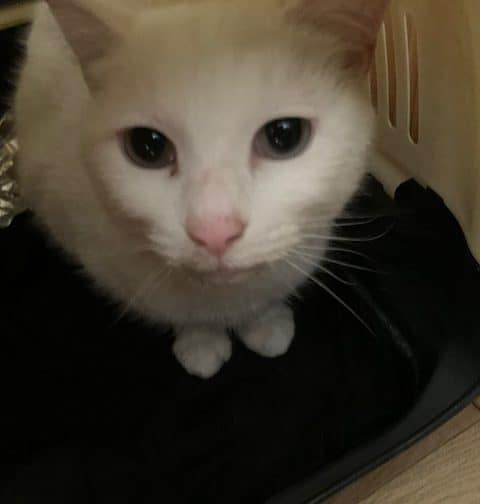 Cats are being abandoned by their owners who think the pets are likely to pass on coronavirus, says a Bermondsey rescue.

Barbara Black, of London Persian Rescue in Tooley Street, said the centre had recieved at least ten cats because owners were worried of contracting coronavirus, or which were not given a home over coronavirus fears.

Among them are a white male cat taken to the home yesterday, she said – who she invited News readers to help name.

“I’ve had one today, I’ve got another one coming tomorrow. I just don’t know where it’s going to end,” said Ms Black.

“Other rescues are having a bad time as well because of the cats being abandoned. There’s been a massive uptick of calls because people think cats can carry it on.

“People are ignorant of the facts, they just panic and then they do the opposite of what they should do and they put the cats out on the streets.” While there have been a few confirmed cases of cats getting coronavirus, the symptoms appear to be very mild.

And scientists have advised it is highly unlikely that pets can pass on Covid-19 to humans, with no confirmed cases to date.

However, pet owners should regularly wash their hands when interacting with pets, as they should in normal times.

“We’re advising cat owners not to worry and to take sensible precautions, as we would advise at any time, such as washing your hands before and after stroking your cat,” said Dr Samantha Gaines of the RSPCA.

“Like human hands, pet fur could carry the virus and so it is important to adopt good hygiene when interacting with our pets.”

Ms Black, who has been with the rescue for over forty years, said the cat she recieved yesterday was shaken by being abandoned. He is aged around six.

“He came to us and he was looking traumatised,” she said. “I do think if this goes on and people aren’t being paid, people will be faced with a choice of whether to feed themselves or their animals.

“When we come to the end of this, there’s going to be a lot of animals on the streets. I think it’s something people should know about.”

London Persian Rescue’s website can be found here, with cats to be rehomed.

Have you got a name for the pictured cat? Email it to barbara@london-persian-rescue.co.uk.

Southwark NewsNewsCats being abandoned because of coronavirus, fears Bermondsey rescue