‘It defies common sense’: How Southwark Council spends more than £30,000 in taxis for one deaf Bermondsey girl to attend school in St Albans 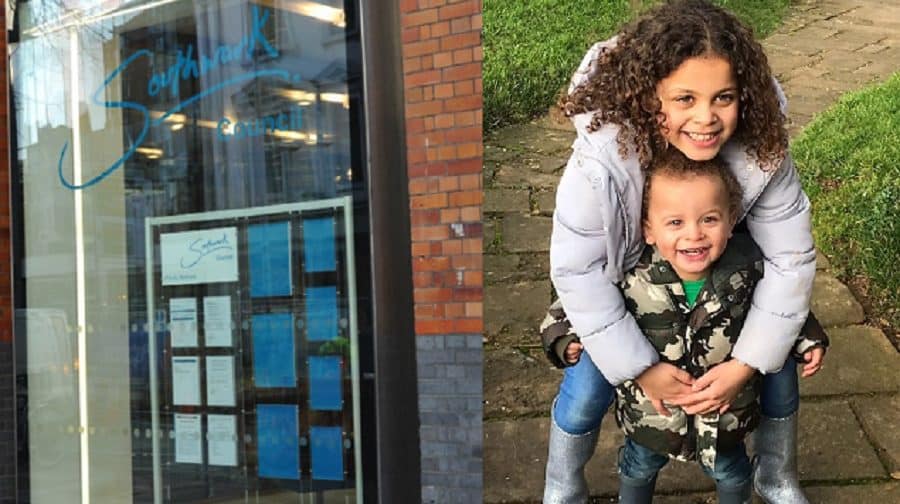 Southwark Council spends more than £30,000 a year just on taxis to get a profoundly deaf girl to school in St Albans because her family cannot get council housing there.

Mum-of-two, Sophie, lives in council housing in Bermondsey with her partner and children, nine-year-old Daisy and two-year-old Frazer. All four are profoundly deaf.

Since last February, taxpayers have been forking out nearly £3,000 a month in taxi fares for Daisy to go to school, despite the family’s many efforts to move closer to St Albans.

The bill could also increase if no solution is found as Frazer is due to attend the school later this year.

Because his school day would be at different times to Daisy’s, he too could need a taxi to take him to school. Frazer would attend the school until he is sixteen.

The fed-up Moreton family have attempted to move council housing to St Albans and save Southwark taxpayers’ money, but to no avail.

Officials at Southwark town hall are now locked in discussions with their counterparts in St Albans in a bid to reduce the hefty bill. Daisy struggled in mainstream education, but is now flourishing at the specialist school

Daughter Daisy first attended mainstream school in Greenwich, but was unhappy and fell far behind her peers, said Sophie.

“She struggled with English and Maths, she didn’t understand the teachers,” the BSL user told the News.

“She had very few friends, she felt stressed and moody.”

The family applied for the specialist school 40 miles away when Daisy fell behind in mainstream education, with a reading level of someone half her age.

Southwark initially refused the application, but it was overturned at tribunal, and Daisy has been attending the school since February.

“Her education in under a year has improved beyond belief,” said Sophie. “She has good friends and has become a confident happy and well-adjusted child.”

But taxpayers shelling out so much on taxis for the daily 80-mile round trip, because they cannot move closer, simply defies common sense, say the family. “There have been countless reasons and excuses to not move us to Hertfordshire council housing,” said Sophie.

“I feel this hugely excessive waste of taxpayers’ money to transport my child to school is an outrage and that basic common sense appears to have been thrown out of the window.

“I am utterly exhausted emotionally and have no idea of where to turn to, surely there has to be some reasonable outcome that would save Southwark a vast quantity of money a year by just working out a house exchange.”

Southwark offered a council housing swap with St Albans, but it declined, according to Cllr Kieron Williams. “Firstly, I am really sorry for the inconvenience and stress that Ms Moreton and her children are faced with in this situation – it’s far from ideal, but I’m confident that we can collectively come up with more options to hopefully resolve the situation and I am more than happy to meet with Ms Moreton to discuss it further,” he said.

“We have supported the Moreton family with their application for a mutual exchange to a home in St Albans, and have offered a reciprocal arrangement with St Albans Council, but unfortunately they have declined this option so far.

“We have also offered the family the option of private rented accommodation in St Albans, but this would mean that they have a less secure and affordable home than one managed by the local authority.

“We have written to St Albans Council again to ask that we meet or to discuss this and see if there are any further options open to this family and I sincerely hope we can find a more practical and less expensive solution very soon.”

A St Albans spokesperson told the News that discussions were ongoing with Southwark Council and that it hoped to get the situation resolved soon.