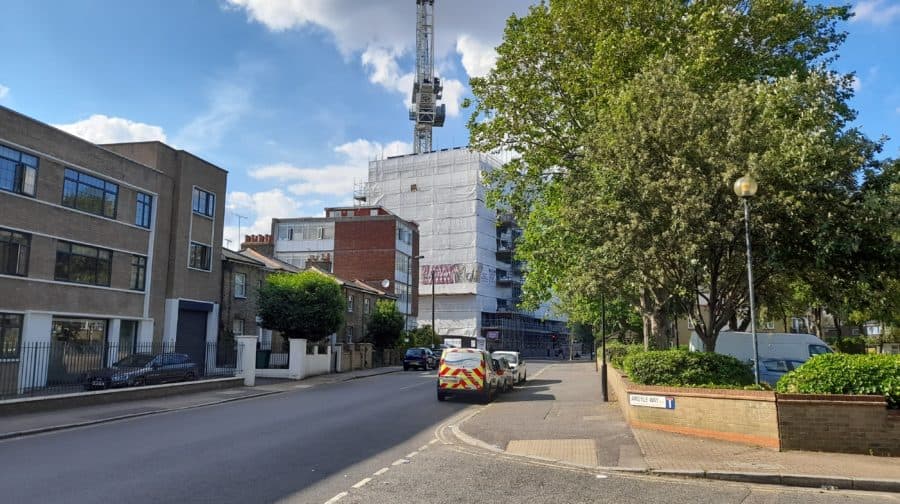 The developer of a major Bermondsey building site has withdrawn an application to extend work hours to 9pm on weekdays after outrage from local residents and councillors, reported in the News in recent weeks.

Tide Construction pulled the application for late working hours at its student flats on 272 St James’s Road after being told by Southwark Council that it would be rejected.

The developer wanted to put builders on staggered shifts from 8am-9pm, Monday-Friday and up to 6pm on Saturdays, supposedly to help builders stick to social distancing rules while getting back on track to finish the building by the end of August deadline. At that point 250 students are supposed to move in.

Locals said the longer working schedule would be a massive disruption to their daily lives, on top of the “unbearable” noise they are already enduring. Old Kent Road ward councillors also spoke out against the proposals.

Bermondsey: locals in ‘uproar’ as developer asks to keep builders onsite until 9pm for three months

Even while applying for longer building hours Tide’s construction staff were working on Sundays, according to several locals and Cllrs Evelyn Akoto, Richard Livingstone and Michael Situ – which was neither part of the original rules nor the prospective new timetable they wanted to agree with the council.

The Old Kent Road ward councillors told the News in response to the application withdrawal: “We are delighted that Tide have decided to withdraw their application to extend the hours of the work on their site. Whilst we recognise that they are trying to meet a tight deadline for the start of term we hope that they will do all that they can to ensure that this work does not inconvenience local residents.”

One local commented on the application: “In the very week that they are requesting extended hours, they opened the site on Sunday 13th June, in clear violation of operating hours and complete and utter disregard for residents.

“The current levels of noise from works, construction workers shouting to each other around the site, music blaring from the scaffolds and the red tender truck roaring up and down the road every few minutes is unbearable as it is.”

A representative for Tide has been asked to comment three times on the story but has yet to respond to enquiries.