The court heard Tanner also put out his cigarette on the victim's body, bit in her the face and poured a bottle of bleach over her during the horrific attack 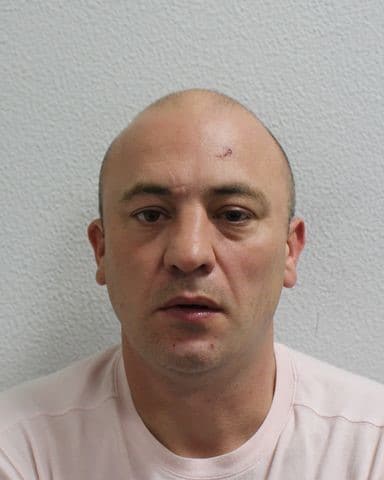 A jealous Bermondsey thug who subjected his partner to horrific domestic abuse, stabbing, strangling and sexually assaulting her, has been jailed for twenty years.

Dennis Tanner, 38, of Marden Square, had been found guilty of six counts of wounding with intent, one count of false imprisonment, four counts of threats to kill and one count of sexual assault by penetration following a trial at Woolwich Crown Court.

On Friday (February 22) he was handed a twenty year jail sentence for his vile crimes.

The court heard how Tanner returned to a Bexley address after a night out on Monday, August 6 2018 and demanded his partner hand over her phone, believing her to be having an affair.

Despite her handing over the phone, Tanner became angry and began attacking her – biting her in the face, punching her in the head and stubbing out a cigarette on her body.

He later stabbed her in the shoulder and leg, strangled her, poured a bottle of bleach over her and sexually assaulted her, the court heard.

The attack is believed to have lasted more than four hours.

When Tanner fell asleep, the victim managed to leave the property, where she was found by a neighbour.

The neighbour took the victim to hospital, where she remained “for a number of days,” said police.

The victim later reported the attack and Tanner was arrested on Saturday August 11.

Detective Sergeant Darren James, from the Met’s South East Command Unit, said: “Tanner’s jealousy was the catalyst for an appalling attack and he will now spend a considerable period of time behind bars.

“It is important to recognise the incredible bravery of the victim in this case, whose evidence was vital in securing this prosecution.

“We also hope this result serves as a reminder that we will bring perpetrators of domestic violence before the courts and encourages other people in violent relationships to come forward to police.”