Daniel Olaloko, 19, who grew up in Bermondsey and Deptford, was arrested in April after Cumbria police conducted a dawn raid on his student halls at the University of Central Lancashire, in Preston. 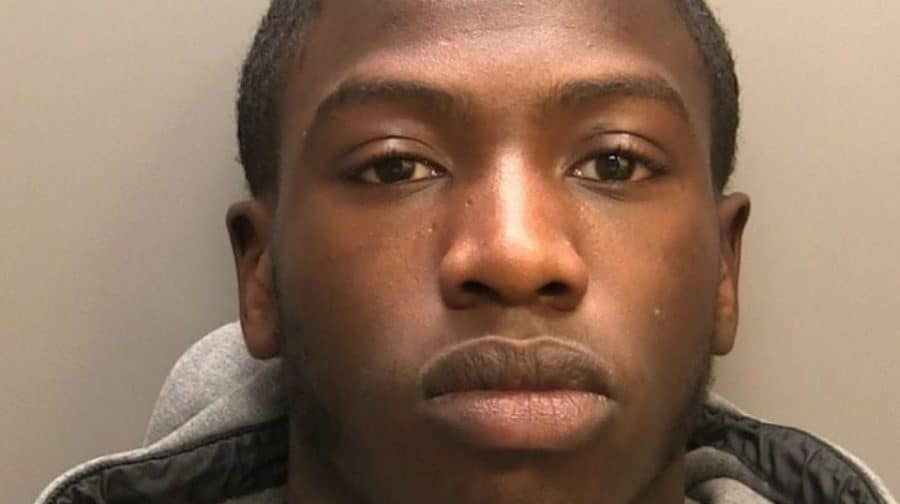 A Bermondsey drill rapper was sentenced to seven years in prison at Burnley Crown Court today for running a county-lines drug gang in Cumbria.

Daniel Olaloko, 19, who grew up in Bermondsey and Deptford, was arrested in April after Cumbria police conducted a dawn raid on his student halls at the University of Central Lancashire, in Preston.

Olaloko, known by his rapper name Trigga T, ran the crime gang selling “significant amounts” of crack cocaine and heroin alongside Peter Adebayo, 19, of Manchester, from December 2017 to April 2018.

When police raided Olaloko’s flat in April – who was a member of the Silwood Nation drill group – they found large amounts of Class A drugs, a sword and knives.

Co-leader Adebayo was also sentenced to seven years behind bars, while another gangster Joshua Adams, 24, was given 4 years 5 months and a 17-year-old male from Manchester was given 1 years and six months in jail.

Cumbria police first uncovered the Olaloko’s Nation drug gang when they raided a flat in Barrow in December, recovering more than 200 street deals and cash.

The December raid previously led to the arrests and sentencing of three people, including two from Southwark – Lyndon Koroma, 19, of Dodson Street, South Bank and John Rogers, 21, of Hawkstone Road,  Rotherhithe.

The three men had been acting under the direction of Olaloko and Adebayo.

Olaloko and Adebayo set up a sophisticated phone relay system where addicts would call a number to place an order for drugs.

The pair would receive calls in other parts of the UK including Manchester, Preston and London before directing others in the gang to deliver the drugs to customers in Barrow-in-Furness.

A spokesperson from South Cumbria Drug Squad said: “These men operated as a sophisticated and relentless organised crime group.

“They targeted vulnerable people to facilitate their illegal activity and used fear and intimidation to operate their business.

“Anyone found to be involved in the supply of controlled drugs should be aware that we will use all available powers available to us to make sure those committing offences are brought to justice.”