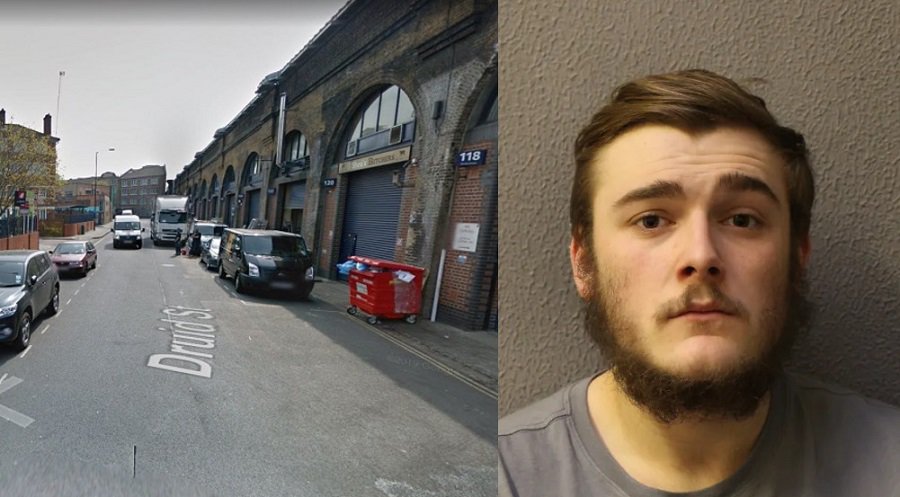 A Bermondsey 21-year-old man has been jailed for his role in a stabbing of a promising teenage footballer last year.

Cops are continuing to appeal for information about the stabbing in October last year on Druid Street following the sentencing of Harry McCloud, of Tooley Street.

McCloud was given fifteen-and-a-half years behind bars for his role in the ambush, which has put in jeopardy the sixteen-year-old’s victim’s plans to become a professional footballer.

The teenager was stabbed with a large knife in the buttock, causing severe injury, on October 6 last year. He still needs treatment, six months on from the stabbing.

Police believe the ‘savage’ attack was unprovoked, which left the young victim in a coma for a week at King’s College Hospital.

Paramedics had found the youngster fighting for his life shortly after 10pm on October 6 in Druid Street.

He was stabbed after a group the victim was part of came across McCloud and three other males on Druid Street and had “some sort of altercation,” say police.

McCloud and others then chased the victim’s group, targeting the sixteen-year-old who they ambushed before stabbing him and fleeing the scene.

But while McCloud is behind bars after confessing to wounding with intent to do grievous bodily harm, others involved in the attack have not been found.

The Met’s DS Sascha Eardy, from Walworth CID, said: “I am pleased that McCloud has been brought to justice for his involvement and received a significant sentence; but we continue to appeal for witnesses and information.

“We know there were others involved in the stabbing who need to be held accountable and will continue to work tirelessly to ensure that they are.

“We believe there are people who may have seen something or have information that could assist us with the investigation. I would urge them to contact us.”

A sixteen-year-old boy who had been arrested on suspicion of GBH with intent has been released under investigation.

To remain anonymous, you can contact Crimestoppers on 0800 555 111 or visit crimestoppers-uk.org.