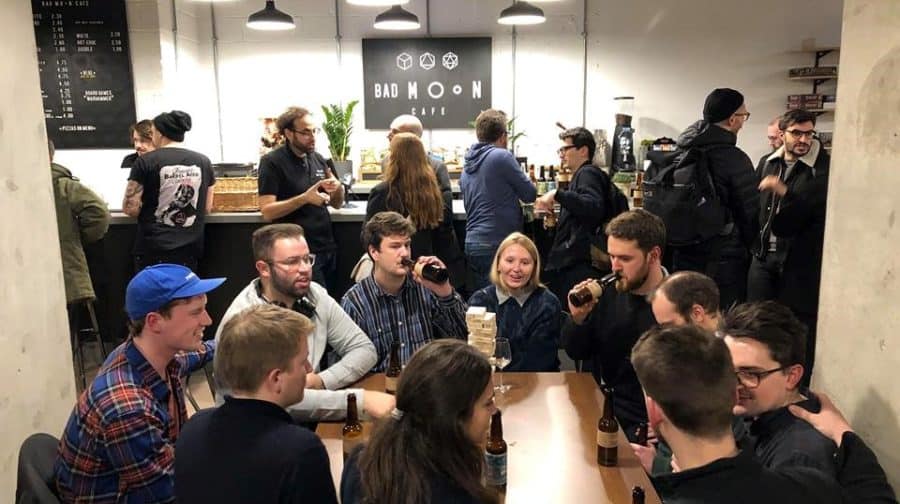 A board game café for fans of Dungeons and Dragons has opened in Bermondsey to help combat the ‘loneliness epidemic’ felt by young people, writes Josh Boswell.

The fantasy board game was once the pastime of social outcasts and maligned as a gateway to devil worship in the Satanic Panic of the 1980s.

But after a recent renaissance with celebrity gamers and an appearance in TV show Stranger Things, lonely young people are now using formerly nerdy games to widen their social circles.

An Office for National Statistics survey this year found sixteen to 24-year-olds were the loneliest age group, with one in ten young adults saying they are often or always lonely, compared to just three per cent of those aged 65 to 74.

But now thousands are finding friends among fellow orcs, elves, goblins and magicians.

The London Meetup Group for Dungeons and Dragons (D&D) consisted of just a dozen people once a week in 2009, but today has more than 5,500 members. The fantasy board game was once seen as the preserve of social outcasts but has enjoyed a renaissance since being featured in Stranger Things (Image: Josh Boswell)

Wil St John, 25, says he is doing his bit by opening a new board game cafe on Great Dover Street, designed to be a hub for young people to make new friends over a beer, pizza, and fantasy tabletop games.

Named after a tribe of Orcs in a fantasy game, the café is packed with 6ft by 4ft tables, custom-made for gaming with dice trays and a mouse mat lining designed for dice rolling and card dealing.

The cafe opened its doors on December 15, serving local craft beers, wine, hipster coffees and artisan pizza in an attempt to lure the new wave of fantasy fans.

“We want to open up board gaming to everyone, there’s a growing number of people who enjoy these games but don’t want to sit in a smelly, poorly ventilated place only selling fun-size Mars bars and bags of Frazzles,” said St John.

“It’s increasingly easy to find yourself isolated, falling between the cracks of the different social groups that already exist around you,’ said Physics teacher Andrew Moore, 24, who took up Dungeons and Dragons (D&D) when he found himself alone in London after moving to the capital for a ed pills24.

‘I had no university friends, a big age gap with colleagues who all had families or other priorities, and a really small starting salary to work with.’

‘It felt like a chance to be creative, spurred on by others who’d reward ingenuity or character development, for as cheap as a group pizza and some cokes.’ Bad Moon cafe will also cater to players of Warhammer, a tabletop strategy game using painted models and scores of dice, which has joined D&D in a recent renaissance.

St John says it was sharing his interest in Warhammer that helped him tackle loneliness that came from his social anxiety: “I would actively avoid any situation I wasn’t familiar with, including meeting strangers.

“But the fact that I shared a common interest with these people meant I got lost in our games and felt completely relaxed,” he said.

He now hopes to create a community at Bad Moon Café: “Our aim has always been to create the de facto best place to play these games in London,” he told the News.