Colombian, Polish, Spanish, French and Portuguese flags are also expected to join the England flags during the football tournament 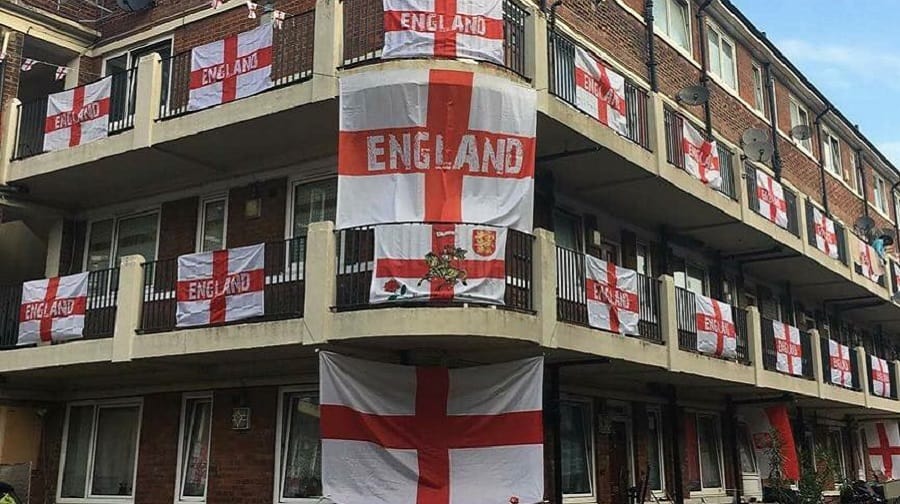 Residents in Bermondsey have kicked off the World Cup by decking out their entire estate in England flags.

The Kirby Estate, off Southwark Park Road, has been covered in the giant red and white flags to celebrate the first day of the biggest football tournament in the world which kicks off in Russia today. There are also Colombian and Polish flags already flying high on the estate – and Spanish, French, and Portuguese flags are expected to join them.

The opening ceremony will take place at Moscow’s Luzhniki Stadium at 3.30pm before Russia and Saudi Arabia kick off the opening game at 4pm (BST). The match will be broadcast live on ITV and there will also be live commentary on the radio, on BBC 5 Live.