Gilly Flaherty has followed up her Women's FA Cup win this summer with a national team call-up. 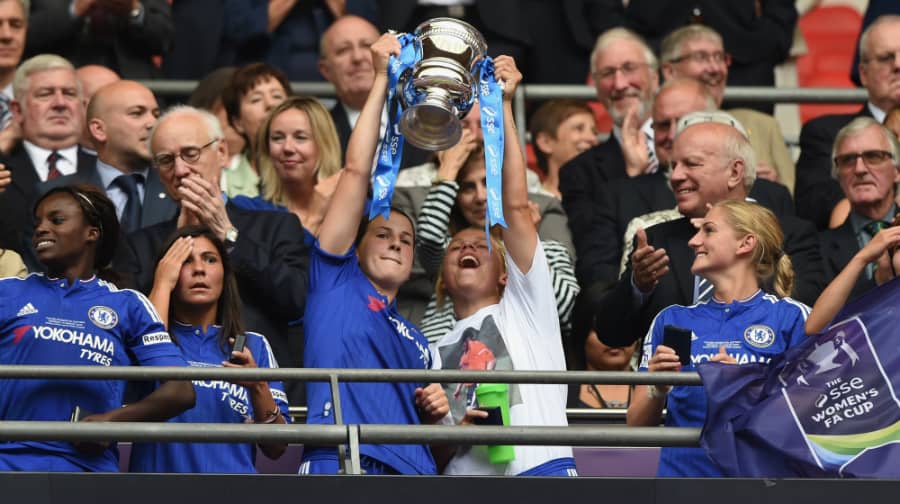 Bermondsey footballer Gilly Flaherty has followed up her Women’s FA Cup win earlier this summer by receiving her first call-up to the England national side.

The Chelsea Ladies defender will join the squad for their European Championships qualifier against Estonia later this month.

The 24-year-old told the News: “It’s a nice feeling and came completely out of the blue. My manager said I might have a chance but I wasn’t really expecting it. It’s the icing on the cake of a great season. I’ve represented England at youth level and in a training camp but to get called up for the senior side is great. I’ve had a good season and I feel that I deserve it.”

Gilly, who has previously played for Millwall Lionesses and Arsenal Ladies, won the FA Cup for the sixth time last month.

Gilly’s England side will play against Estonia on September 21 – the team’s first match since finishing third at this summer’s World Cup. Fellow Bermondsey girl Katie Chapman has been rested for the fixture.