Southwark Council suggested a valuation for the site of less than half of what the owners had previously been quoted, having made it difficult for them to build on the site themselves 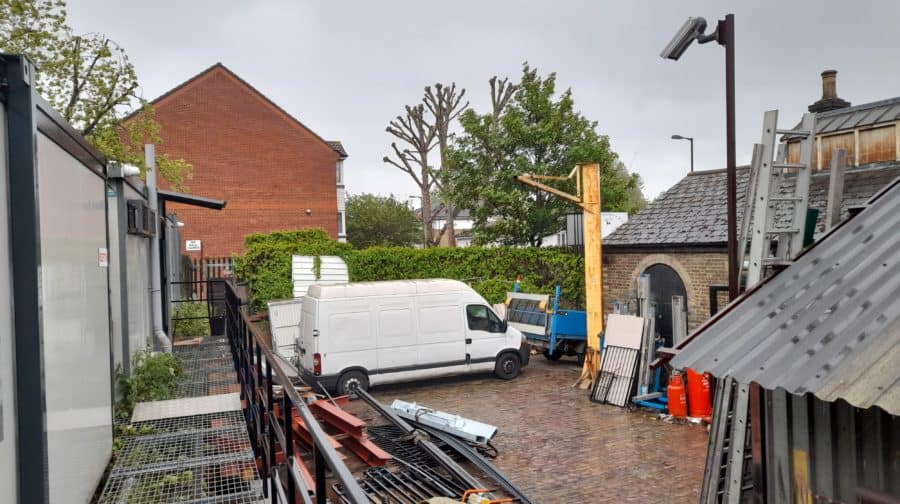 Southwark Council offered to buy a large Bermondsey site for less than half the value the owners had previously been quoted, citing the “very restricted development opportunity” – three years after the council itself had made it much harder for the owners to build on it.

The owners of the Old Southern Forge site on Catlin Street near the Old Kent Road wanted to knock down their buildings, which were probably put up in the early 20th century, and the nearby stables from a similar period, to build a development of 80 flats across four blocks between three and eight storeys tall.

They had owned the site since the early 1990s and began to think of this development as their “pension”. The owners got an independent valuation on the land, which the News has seen but chose not to reveal.

They also asked English Heritage to work out whether the buildings were worth listing in 2011, which would have scuppered the plan. The conservation experts said they were of local interest but “are not early enough or of sufficient architectural interest to warrant listing”.

The forge owners, who asked not to be named, pressed ahead, working with planning consultants to draw up a potential scheme and got a demolition order for the buildings. They submitted a pre-application scheme and site promotion report in 2015. Their scheme would have included space at the rear for allotments or some kind of park, which they say would have been a boon to the ward, which has among the lowest levels of open space in Southwark.

But in 2018 Southwark Council put an Article 4 direction on the site – which prevented the owners demolishing the buildings without planning permission with immediate effect.

The council said in a report at the time: “Although the Old Kent Road has a rich and varied history, much of the historic fabric relating to it has been lost through Second World War bombing, post war slum clearance and estate building, railway and canal construction and subsequent decline, infrastructure such as the Bricklayers Arms junction and flyover and car-led development.

“Given their scarcity, those assets that do remain play a very important role in the townscape character of the area and the social and cultural fabric of the local community.”

Some 135 local people were consulted about the Article 4 decision, the council said, as well as a local tenants’ and residents’ association. Another 7,000 people in Southwark who are registered to receive planning updates were also consulted.

Separately, Southwark Council identified the site as a place to build 103 flats in blocks between nine and four storeys high in its ‘action plan’ for the Old Kent Road area, which is currently still in a draft stage. The council’s plan is clear that the buildings must be kept intact and the forge should keep running as a business, in line with the Article 4 ruling.

The site owners argue that the council’s plans do not provide enough open space. The action plan appears to show buildings on the rear of the site, which is currently open space and was slated to stay that way in a previous draft of the document. The open space in the latest draft seems to be between the three housing blocks. The council says its plan would provide more than three times the minimum required.

In February 2021, a senior council surveyor told the forge owners in an email the amount that Southwark would be willing to pay for the land – which was less than half the value the owners had been quoted by a consultant ten years earlier.

Appearing to refer to the council’s own rule preventing demolition of the buildings, the Southwark surveyor said the low valuation was because of a “very restricted development opportunity on your land” which means “its value as a redevelopment site is limited”.

Consultation on this draft of the Old Kent Road area action plan finished earlier this month. The forge owners have written a letter to the council objecting to the draft.

The letter argues that “The land which is owned by the council should remain as much needed open space for the local community. Were the council [to] proceed with proposed plans that would reduce the size and quality of the open space this would be in direct conflict with local planning policies.

“It is considered that the original Article 4 direction was placed on the site based on statements which [the owners] strongly disagree with, was completed in a 24 hour emergency session with no consultation period given or any warning to the land owners.”

Cllr Helen Dennis, Southwark’s cabinet member for climate emergency and sustainable development, said: “Retaining and protecting Old Kent Road’s heritage has been a common theme raised by the local community since we began consulting on the Area Action Plan in 2016. Over three iterations of the plan in 2016, 2017 and 2020, the forge and stables have been identified as being of architectural and historic interest that should be retained within any new development.

“This is the reason why we issued the Article 4 – to give the buildings a layer of protection so that they could not be demolished under permitted development rights. Our consultation on the Article 4 was in line with all our planning processes, with over 100 neighbouring residents invited to consult, plus discussions with the Stevenson Crescent TRA who represent the estate.

“Although we own the open space at the back of the Old Southern Forge, at present there is no right of access to it over the stable’s land. In the latest revision to the Area Action Plan, which was consulted on between January and May 2021, we put forward an option to maximise that space and make it truly publicly accessible, so that it can be used as a community garden or allotments which residents can benefit from. The amount of public open space shown in the current draft of the Area Action Plan is 1600 sqm, more than three times the minimum we would require for the site’s allocation of housing.”

As usual Southwark Council saying one rule for you and another for us!! I do love the stables and forge it’s like a little oasis in the middle of our great area.

But I would rather see locals who had the foresight to buy this land many years ago make a profit through developing the land than see Southwark Council take it and sell off cheap to developers to make a massive profit to be sent overseas.

The stables is a beautiful focal point , just a short walk off the old Kent rd.. Are we to lose everything that makes the area different.??.must it all be new builds, with massive glass windows and cladding ?? In an ever crowded city location, it’s lovely to see horses..