Gavin Tiffin made the 2,000 mile trip in aid of Evelina 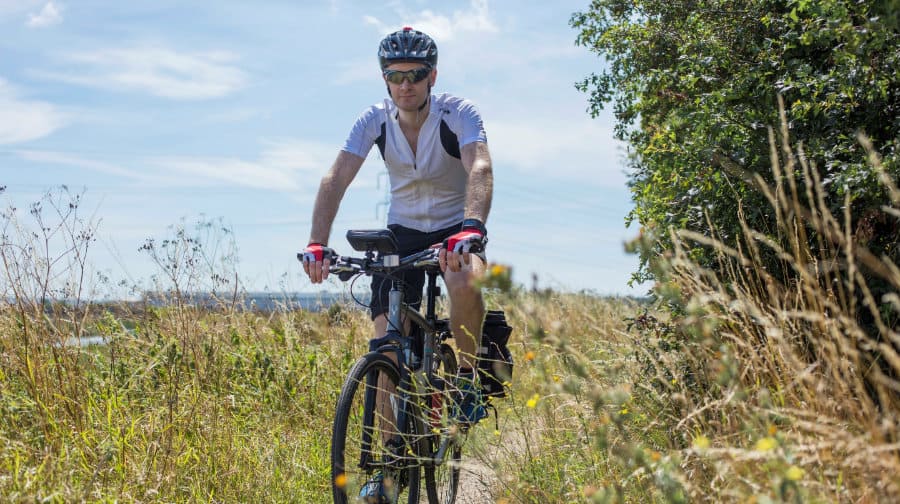 A Bermondsey fundraiser received a hero’s welcome last week when he returned from a gruelling charity cycle from London to St Petersburg, Russia.

Gavin Tiffin, the head of hospitality at Guy’s and St Thomas’, began his 2,000-mile cycle on August 13 and arrived in the Russian city on September 3.

His exhausting challenge was in aid of Evelina London Children’s Hospital, as well as charities Breathe Arts Health Research and MediCinema, which use art to improve the lives of patients and their families.

Guests at the ceremony had the first viewing of a special film that the charity cyclist made on the road, which highlighted the many problems he encountered during his trip, including summer storms, accidents, broken bikes – and plenty of hills!

Gavin said: “I was very emotional when I reached St Petersburg. When it got tough I thought of my grandfather for motivation. He was a Royal Navy veteran who served in the Arctic Convoys delivering supplies to Russia during the war. I never got to meet him, but hopefully by following his journey I will have made him proud.

“Although I can’t believe my journey is over, in a way it’s only just begun. I visited children’s hospitals in Warsaw and St Petersburg during my trip and hope to have established some really special relationships between them and Evelina London.”

Janet Powell, Director of Nursing at Evelina London Children’s Hospital, said: “The money Gavin has raised through his epic cycle to St Petersburg will allow children and young people being treated at Evelina London to experience and benefit from the healing powers of music and the arts.”

Gavin has raised over £8,000 so far. You can still sponsor Gavin’s efforts and see what he got up to during his trip by visiting www.theculturalcycle.org