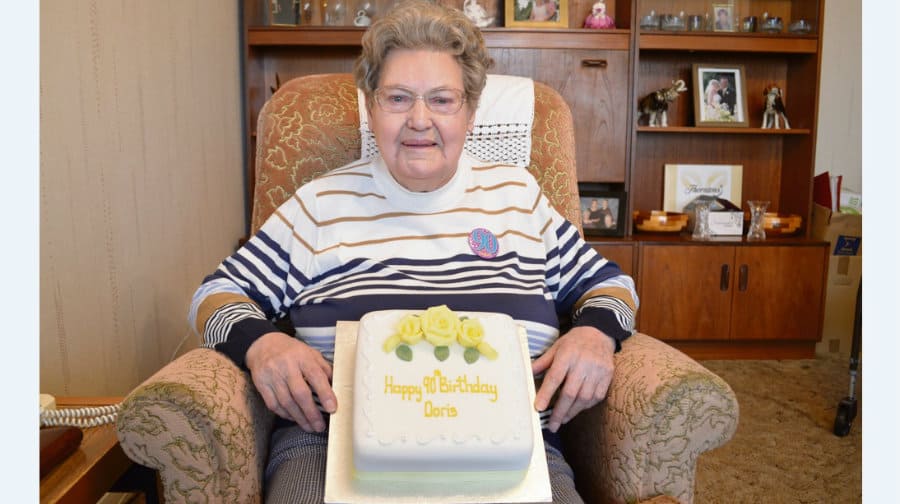 Doris and her birthday cake

A Bermondseuy woman celebrated her 90th birthday last week, on the same estate she’s lived on for her whole life.

Doris Davies was born on January 6, 1926, in a flat at The Guinness Partnership housing scheme, only moving once to her current residence, after redevelopments in the 1970s.

Birthday festivities took place last Wednesday, where Doris was visited by The Guinness Partnership housing association and the occasion was commemorated with some special gifts.

She posed for photographs with her personalised cake, but she also received a letter from the organisation’s chief executive and some historic photos dating from as far back as 1890.

Doris said: “This is a wonderful surprise. I wasn’t expecting anything so I really appreciate these gifts. Seeing the photos of the area from when I was a little girl has brought back some great memories.”

Reminiscing about the past, she was able to enjoy the day with her two nieces.

Not only was last week a day to mark Doris’ birthday, it also was an event to recognise her as the holder of the record for having the longest tenancy with the housing association.

Patricia said: “Several members of our family were born here so it means a lot to us that Guinness is celebrating with us.”

They should now give her the place rent free