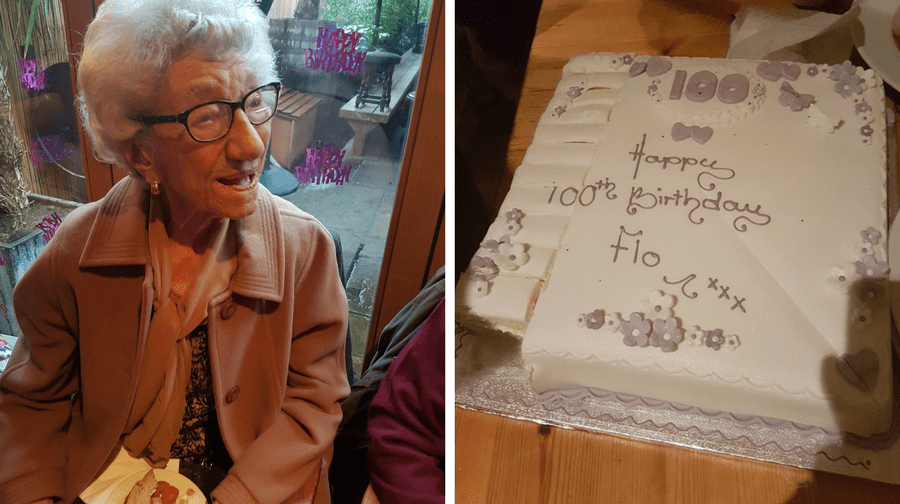 Florence Spike, who grew up in Bermondsey, celebrated her 100th birthday on New Year's Day

A great-grandmother who grew up in Bermondsey has celebrated her 100th birthday.

Florence Spike marked the milestone with family and friends.

The former machinist, who now lives in East Dulwich, grew up in Bermondsey, taking trips to the cinema three times a week and making her own entertainment.

“It [Bermondsey] was much better when I was younger than it is now in many ways,” said the centenarian.

“We only had the pictures when we were young, we didn’t have a television, so we used to go the pictures about three times a week; it was only sixpence in old money.

“You made your own enjoyment in the summer holidays and I spent all day in the park and playing about up there.”

Florence Spike, who grew up in Bermondsey, celebrated her 100th birthday on New Year’s Day

Florence was married to her late husband Henry George Spike on August 29, 1937, not long before World War Two.

Florence, who has five grandchildren and eight great-grandchildren, said she had a “lovely” day with her family celebrating her birthday.

The 100-year-old has struck up a friendship with Link Age Southwark volunteer Bob Chapman, who is 80 himself and drives Florence to the hairdresser every week.

Link Age is a charity providing volunteer support to over 500 isolated, older people in the borough.