Locals flock to take selfies with statue, which mysteriously turned-up in woman's garden 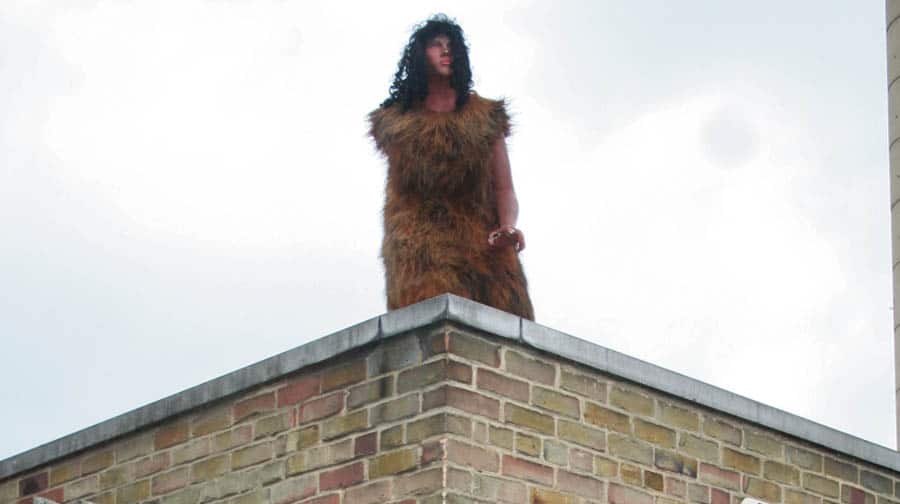 The cold weather snap seems to have returned Bermondsey to the Ice Age, with even a caveman taking up residence in the area, writes David Huntley…

The life-sized dummy – dressed like a caveman with a long brown wig – appeared on top of a garage on Clements Road on Friday night, January 29.

Now the statue has become a bit of a ‘local landmark’, according to the woman who discovered it. Residents were quick to notice the strange figure with people climbing the high garage to take selfies with the dummy.

She said: “It was quite late on the night and I took some rubbish out into the front garden to put in the bin. I saw this dark figure and it scared the life out of me. It took a while before I realised it was a life size dummy of a caveman.

Valerie’s son Christopher, 33, decided to put the dummy on top of the garage so it could be easily seen by passersby.

Valerie said: “Christopher thought it would be funny to display it on top of the garage, so he put it up there with help from his friend Joseph. “People in the community seem to have taken to him and a lot of people have been climbing on top of the garage and taking selfies with him. I don’t mind it, I just let them get on with it – it’s became a local landmark.”

She added: “I don’t know how long I will keep it up there, but it will probably be until I get sick of the sight of it.