BERMONDSEY IS ‘THE MOST GIVING COMMUNITY’ 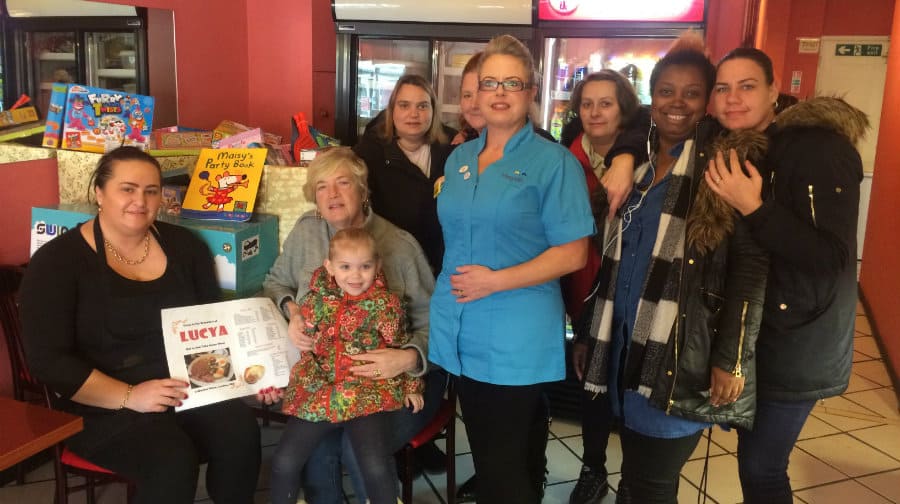 Fundraisers for Evelina London Children’s Hospital have described Bermondsey as “the most giving community” as their gift-giving drive nears its end.

Bermondsey residents Lesley Davis, who works in the hospital’s paediatric phlebotomy team, her sister Maggie Dixon and friend Kerry Maher are organising the annual Christmas present campaign at the hospital.

They are collecting presents from Southwark residents at Lucyana Café in the Blue Market square, Southwark Park Road, which will then be given to sick children staying in the wards in the run-up to Christmas. Any left-over presents will be given to children in the outpatients department.

Lesley told the News: “We’ve done it for three years now. We go around the wards and make sure every child has something. Michael Holder, the manager of [pathology providers] Viapath will be dressing as Santa Claus, and my daughter Deni will be dressing up too.

“The kids absolutely love it. Last year Deni, who is thirteen, dressed up as Olaf from Frozen as a surprise for everyone. A little reward goes a hell of a long way for the children in hospital at Christmas time.”

Maggie agreed and said: “It’s a way we can put a smile on their faces, as well as their parents’. It’s a place you really don’t want the kids to be at that time of year.”

Dozens of toys have already been donated to the collection boxes, which are located at the Lucyana Café in the Blue Market square, Southwark Park Road.

Lesley said: “It’s been amazing, absolutely amazing. Bermondsey and Rotherhithe always seems to get a bad name, but I think it is the most giving community.”

She also thanked Lucy, of Lucyana café, who had allowed them to base their collection in her café.

She said: “She has been amazing, most people actually wouldn’t let you do this. But she is more than happy to give up some space to help us out and give the children a Christmas surprise.”

If you are interested in donating, please visit Lucyana Café in the Blue Market square, Southwark Park Road and leave you gift in the boxes provided. The drive will end on December 18.

Southwark NewsNewsBERMONDSEY IS ‘THE MOST GIVING COMMUNITY’