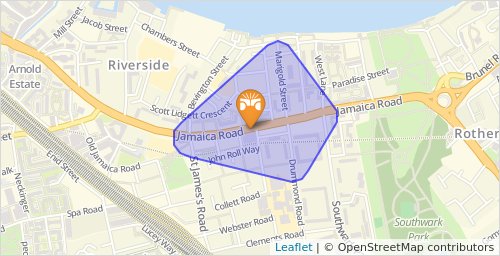 Jamaica Road was closed this afternoon following a collision between a motorcycle and a teen-aged girl outside Bermondsey Tube station.

The incident caused the westbound lane to be fully closed while police and ambulance dealt with the scene from 16:35, causing long queues onto Lower Lane. The road has now been reopened.

The pedestrian’s injuries are not thought to be life threatening or life changing and she was rushed to hospital as a precaution.

A Met Police spokesperson confirmed the incident between a motorcycle and a girl, who is believed to be 13 or 14 years old.

The spokesman said: “The collision happened at around 16:35 this afternoon. The ambulance service attended and the female pedestrian’s injuries are not life threatening or life changing.

Queues are now clearing and the traffic is getting back to normal levels for this time of the day.

“Residual queues are clearing and traffic flows are now returning to normal in the area for the time of day.”