Bermondsey Lion could be moved under Blue Market overhaul plans 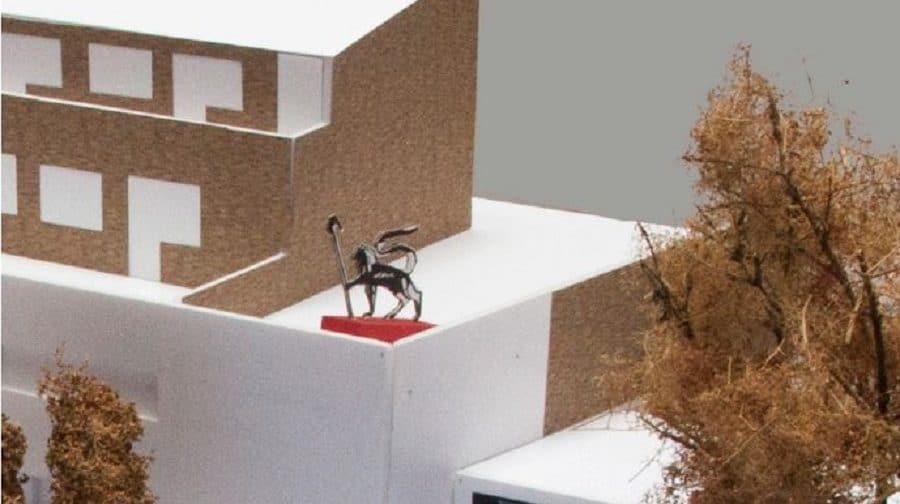 The Bermondsey Lion could be moved under initial design proposals for the Blue Marketplace.

A consultation into a radical £2m overhaul of Bermondsey’s historic town centre concludes on Saturday, and includes proposals to transform the market’s infrastructure and surrounding shop fronts.

Controversially, however, the Blue’s lion sculpture, currently at the entrance to the marketplace, could be placed on top of a roof near to Bell and Son’s butchers, among other possible locations.

“Moving the Bermondsey Lion to a different location such as on top of buildings where it can be seen from the train and surrounding streets, near a sign saying THE BLUE,” is one of the options currently being consulted on.

Shuttleworth Park has also been suggested as a new location for the lion under the proposals under consultation. The sculpture’s current location would be replaced with a water fountain, if backed by locals.

But former South Bermondsey councillor, Paul Kyriacou, said: “The lion is iconic and part of our heritage and gives us all a huge feeling of civic pride, the perfect focal point for the Blue.

“A focal point that means something to local people.

“To hide our heritage behind a wall, out of the line of sight and then state that commuters will see this while travelling away from Bermondsey into London Bridge is insulting.” The Lion current stands at the entrance to the market square

Mr Kyriacou is a former chair of the South Bermondsey partnership, and was a councillor for the ward for more than twelve years.

However, the consultation stresses that any feedback, positive or negative, would be taken into account when drawing up final plans.

“The proposal, and it’s only a proposal, is part of an upcoming public consultation about improvement in the area,” the Blue Bermondsey BID has said in response to criticism about the placement of the statue.

“Everyone will be welcome to write their feedback. On our pre-consultation, there have been those who support the relocation and those who prefer to see [it] where it is.”

The final drop-ins on the initial design plans are being held on Friday – 11am- 5.00pm at 10 Market Place.

An online survey asking for responses on suggestions closes on Saturday, and can be found at www.surveymonkey.co.uk/r/MadeInBermondsey.

Work is scheduled to begin in March next year. Full details can be found on the www.bluebermondsey.co.uk/madeinbermondsey/website