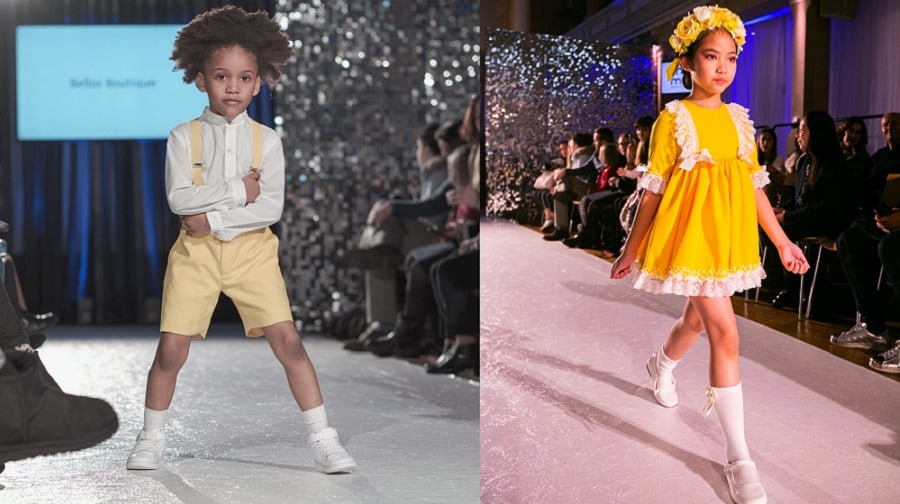 A small family-owned Bermondsey designer’s clothes for children have been modelled on the London Fashion Week catwalk alongside big-hitting brands.

Bellos Boutique, on Bermondsey’s West Lane, specialises in Spanish clothing for babies and children up to fourteen-years-old.

Clothes designed by its co-founder, Camellia Rankou, were showcased last month at Mini Mode’s Global Fashion Week in London next to industry heavyweights.

“It’s such a big deal for us coming from such a small background,” said Ms Rankou, who runs the business alongside her husband and her three children.

“We’ve haven’t been recognised for our own brand before, so to be asked to be on the cat walk is massive next to big brands.” The clothes are from the mum’s own collection, called the Valencia collection

The business has been operating from West Lane for nearly two years after Camellia took a career change from accounting to concentrate on designing fashion for kids.

She and her husband made the plunge after finding it difficult to find traditional children’s clothing for their eldest daughter, now aged seven.

“It was really hard to find unique clothing,” said the 27-year-old. “I’ve always thought that kids should be dressed like kids… like a really traditional 1940s look.”

The boutique stocks ranges from Spain, where the business found clothing that was traditional, but has also begun plans to increase its own range of designs.

At the catwalk, the businesses’ first collection, called the Valencia collection, was showcased. It also plans a new big collection for autumn and winter of around thirty to forty looks, all made in Spain.