Paul and Mary met when they were students studying in Bangor, north Wales and married in Mary’s home town of Caernarfon in 1955 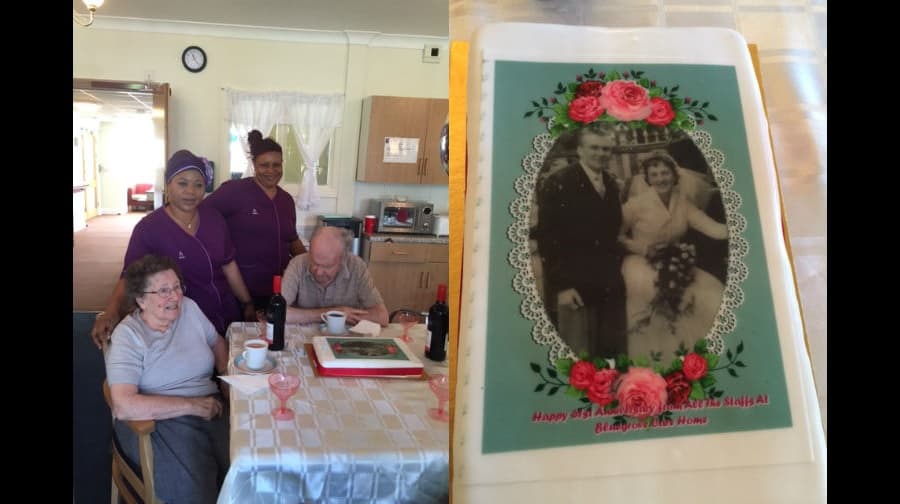 Paul, 86, and Mary, 92, Whalley celebrated their anniversary with relatives and friends, cutting their celebratory cake at a party held for them by the care home.

Paul and Mary have lived in Bermondsey for the past two years, after they moved from Wales to be closer to their family.

They met when they were students studying in Bangor, north Wales and married in Mary’s home town of Caernarfon in 1955.

The couple travelled to Uganda where they lived for three years while Paul worked as a scientific officer researching ways of dealing with pests that were killing crops throughout East Africa.  When they came back to the UK, Paul worked at the Natural History Museum in South Kensington and Mary worked as a school teacher.

After they retired they returned to live in north Wales and were both very active in local natural history societies.

They have two children who are both married and one granddaughter, Ellen, who was born in 2000.

Sue Maheshwaree, Home Manager, said: “Mary and Paul are a delightful couple who have led rich and fulfilling lives – the team at Bluegrove is thrilled to be able to help them celebrate their 61 years of marriage – a magnificent achievement!”