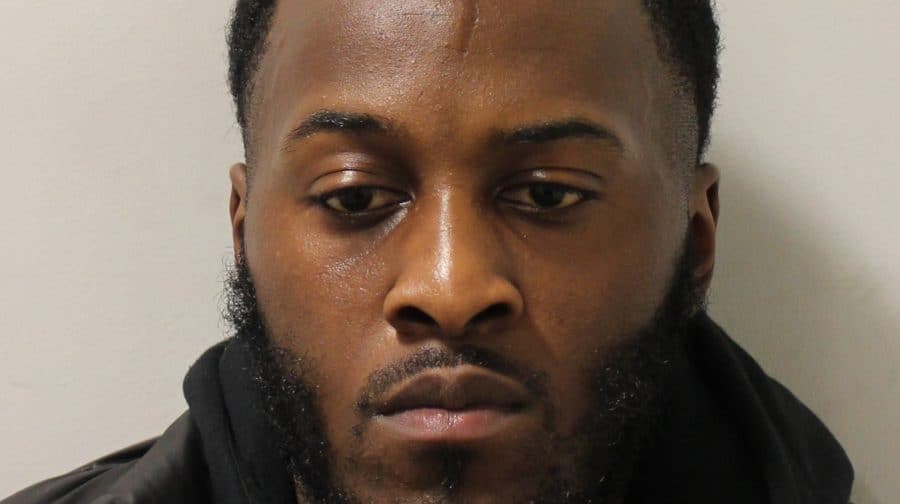 A Bermondsey man is among five people who have been sent to prison for a vicious attack on an off-duty police officer that has left him with long-term pain, writes Kit Heren…

Christian Bangisa was part of a group that sneaked up on the officer in the early hours of November 17, 2019 outside a bar in Harrow.

Bangisa, 29, was jailed on Friday (April 9) for four years and one month after being pleading  guilty of violent disorder and robbery at Harrow Crown Court on February 3.

Police described the attack as “brutal, violent and sustained”. The officer had to be treated in hospital for bruising to his ribs, back and shoulders. The officer said in a statement that he is constantly looking over his shoulder, continues to feel pain from where he was assaulted and lives in fear of suffering a similar attack.

The attack began as he left the bar in Rayners Lane. Someone grabbed him from behind, pulling him by the neck onto the pavement. Twelve others then joined in a “frantic” attack that appeared to be pre-meditated.

One of the assailants smashed a glass bottle on the officer’s arm, while another punched him in the face repeatedly until he handed over his watch.

The assailants also stole a chain from around the victim’s neck, his warrant card, bank cards, Oyster card and driving licence.

A friend of the officer tried to help, but the thugs punched him in the face, breaking his nose and fracturing his jaw. Another passer-by also stepped in and was knocked unconscious by the attackers. A fourth man then tried to help and was also attacked, but managed to escape without getting injured.

The officer ran to a nearby police station and reported the incident.

Police identified Bangisa and four other attackers through CCTV footage. Officers were also able to place their cars at the scene and used mobile phone data to show they were there.

Bangisa and fellow assailants Rodney Abrokwa, of Enfield, Daniel Agyeman, from Croydon, and Irawoosan Alba, from Dagenham, were arrested more than three months later on February 26, 2020. The fifth man, Shariff Fussaini, was arrested in Westcliff-on-Sea in Essex the next day. 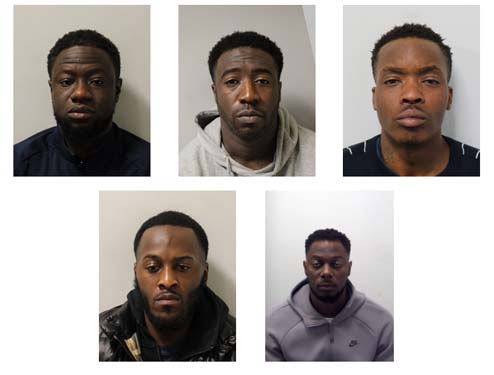 Bangisa pleaded guilty to violent disorder and robbery. All five were found guilty of both charges.

Abrokwa was jailed for four years and six months, Agyeman and Fussaini were sentenced to five years in prison and Alba was given six years.

Detective Inspector Gavin Collins, who led the investigation, said: “The CCTV shows these men committing a chaotic, brutal and sustained attack on the victim and others who were present on the night. It is clear that these individuals wanted nothing more than to steal valuable possessions from the victim. The attackers acted purely on their desire to steal a valuable watch, and yet the incident resulted in many individuals being physically harmed, and many more onlookers having to witness a truly disturbing incident.

“The Met takes violence against victims and its officers extremely seriously. The group became aware that the victim was a police officer when they found his warrant card. They subsequently continued to rain blows down on the victim and committed further violence against others in the area, demonstrating their arrogance and total disregard for the fact that they were assaulting an emergency worker.

“I hope that knowing this group of men will be spending a significant time in prison provides some reassurance to the victims, and those who witnessed this awful incident. The Met and the judicial system will not tolerate violence in any form, not least when it is committed against a person who regularly and knowingly puts themselves in harm’s way for others.”