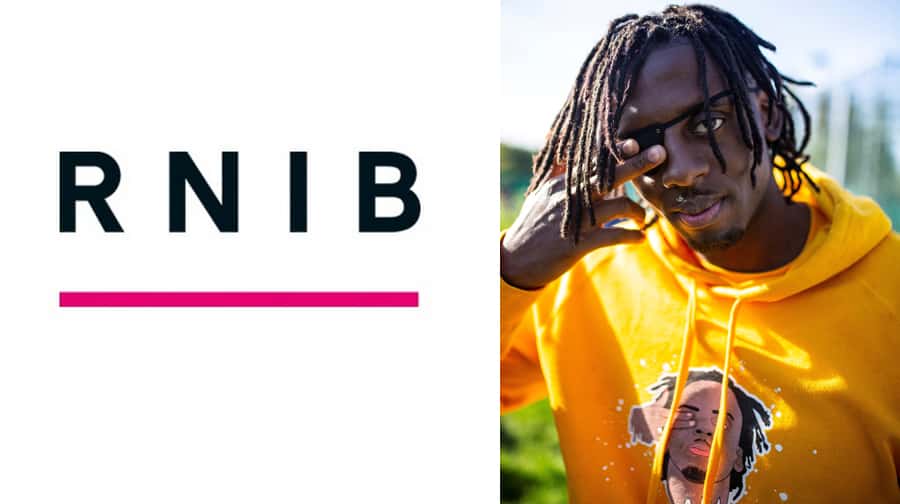 A partially-sighted Southwark campaigner is up for a national award in recognition of his efforts to help disabled people into sports.

Tunde Adeloye, from Bermondsey, wears an eye patch on his right eye from which he has no vision.

The player for the YouTube Sunday league team SE Dons set up the ‘Free the Patch’ movement to help build the confidence of young visually impaired people.

Tunde said the inspiration for the eye patch came from him being uncomfortable with his eye being visible on the YouTube channel as he played football. He also wanted a way to make his character memorable.

“I was being filmed and I wasn’t comfortable with my eye being on camera so that’s where the patch came from. It cut out the mystery, and people asking if I was really blind,” he said.

Now his campaigning efforts have been recognised by being shortlisted as Campaigner of the Year in the RNIB’s See Differently award.

“I’m flattered to think that what I am doing is being recognised,” the 32-year-old added. The movement he set up has been backed by surgeons, professional footballers, musicians and comedians to help young visually impaired people break boundaries.

In relation to being shortlisted, Tunde said: “I’m flattered to think that what I am doing is being recognised.”

RNIB chief exectuive, Matt Stringer, said: “The RNIB See Differently Awards will celebrate those who dedicate their time, passion and skills to changing the world for blind and partially sighted people.

“Our shortlisted National Finalists are all fantastic and we wish them the best of luck.”

Whether Tunde has been successful in winning the national award will be announced at a ceremony which will take place at the Glaziers Hall, London Bridge on 26 November 2019.