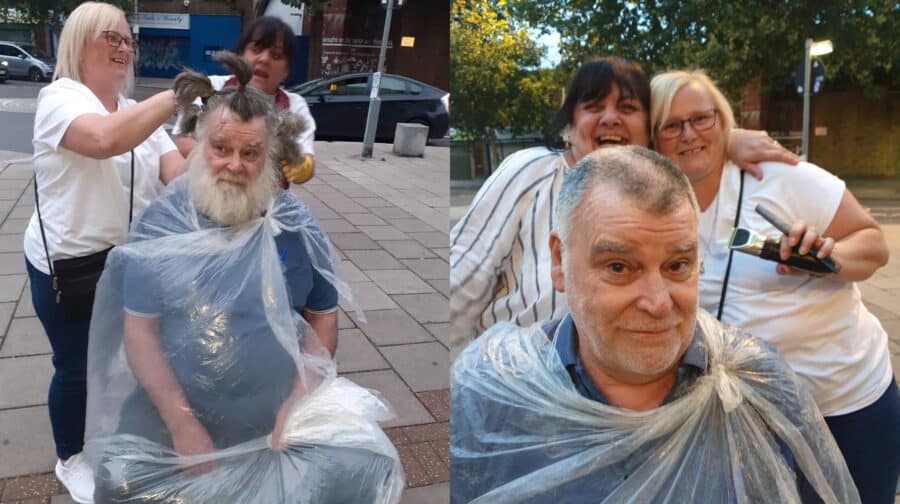 Before and after: George Clay

A Bermondsey man shaved his head for the Millwall Lionesses after a suggestion from a barmaid at his local boozer.

Bermondsey’s George Clay – who is known as Cass to most – shaved his head to raise money for new bibs for the Millwall Lionesses.

The pub, the Ancient Foresters in Southwark Park Road, put a ‘before’ picture of George behind the bar to encourage people to donate.

It raised £203 for the bibs. More than £100 was also raised by punters at The Windsor on the Old Kent Road, through scratch cards. The bibs were successfully delivered to the Lionesses on Sunday and Monday. One woman who helped to organise the good deed, Ellen, said: “We were trying to raise a bit of money for charity so that the Lionesses could have their own bibs.

“So Lisa from behind the bar came up with this idea, and George was super happy to do it.”

Ellen’s partner, Kelly Webster, who played as a goalie for the Lionesses, took the bibs to the team. “They were well and truly happy to get the bibs,” she said. “It was just a good little fundraiser.”

Money that was left over after buying the 100 bibs went on sponsoring one of the team’s players, she added.