Ali, of Oldfield Grove, was sentenced to 21 months in jail after admitting money laundering at a hearing at Bolton Crown Court on Monday 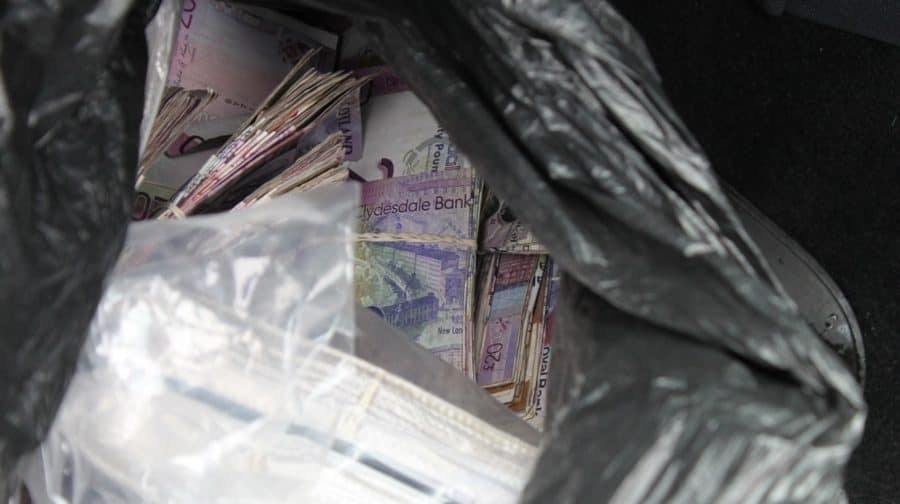 HMRC officers discovered the criminal with a bin bag stuffed with £120,000 in cash which he claimed was to start a gifts business

A Rotherhithe man, who claimed that a bin bag stuffed with £120,000 cash was to start a souvenir business, has been sentenced for money laundering.

Sayd Mstafa Ali, of Oldfield Grove, was caught with the whopping sum of cash by HM Revenue and Customs officers as he sat in the passenger seat of a parked Renault Clio behind a property in Wigan in July 2016.

The court heard that 37-year-old told officers that the £120,000 was from property transactions in Kurdistan and would be used to start a gifts business. Now Ali, who was previously known as Adam Barzhinji, has been sentenced to 21 months in jail – suspended for 18 months – after admitting money laundering at a hearing at Bolton Crown Court on Monday (January 14.)

The money launderer must also undertake 100 hours of unpaid work.

Paul Maybury, Assistant Director of the Fraud Investigation Service at HMRC, said: “Ali thought he could get away with breaking the law by smuggling cash, but he was wrong and is now paying the price with a criminal record.

“The cash seized, almost £120,000, is the equivalent to the starting salary of four new nurses in London.

“We encourage anyone with information regarding money laundering to report it to HMRC online, or contact our Fraud Hotline on 0800 788 887.”