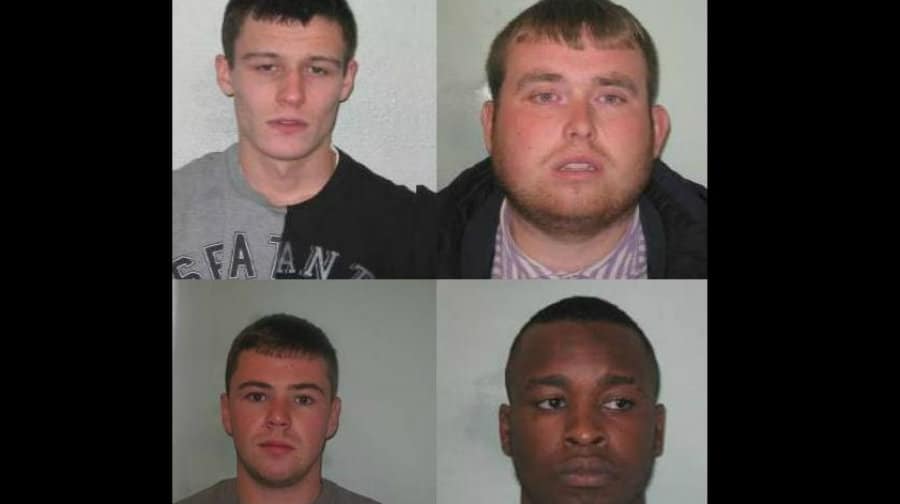 A Bermondsey moped gang have been jailed following a terrifying smash-and-grab raid of a jewellers.

Four men and a 17-year-old, who cannot be named, were jailed for a total of 30 years after being sentenced at Woolwich Crown Court on December 11. They were found guilty of conspiracy to commit robbery.

The 17-year-old, from Southwark, was sentenced to three years in a juvenile detention centre for his part in the raid, which occurred at a jewellers in Bethnal Green Road, Tower Hamlets, on October 9 2014 at around 10.50am.

A police spokesperson said: “Four men riding two black Vespas and a Honda motorcycle drove on to the pavement outside Attenborough Jewellers. Two men got off the bike and began attacking the shop window with sledgehammers.

“An employee activated the window shutter, but one of the suspects reached through the hole they had created and helped himself to Rolex watches and jewellery worth £12,000 in total.”

The suspects fled by motorbike and car. O’Brien, Ogun and the 17-year-old were stopped by police minutes later and arrested. Detectives analysed phone calls and later linked Hull and O’Connor to the conspiracy, helped by evidence discovered by members of the public.

Investigating officer, detective Sergeant Andy McGuire of the Met’s Flying Squad, said: “This is the perfect example of how members of the public reporting what may seem to be insignificant things can actually help police crack a case.

“This was an aggressive robbery which left store staff shaken and onlookers terrified, but thanks to the quick reactions of local officers, information from the public and team work across the Met, these men are now in prison.”

Ogun was also sentenced to two years’ imprisonment, to run concurrently, for a robbery on a separate occasion, in which he tried to steal a man’s laptop. He received a final 18-month sentence, to be served consecutively, for being concerned in the supply of Class A drugs.