The MP, who became a father in April, took his daughter along with him as he voted on the Istanbul Convention 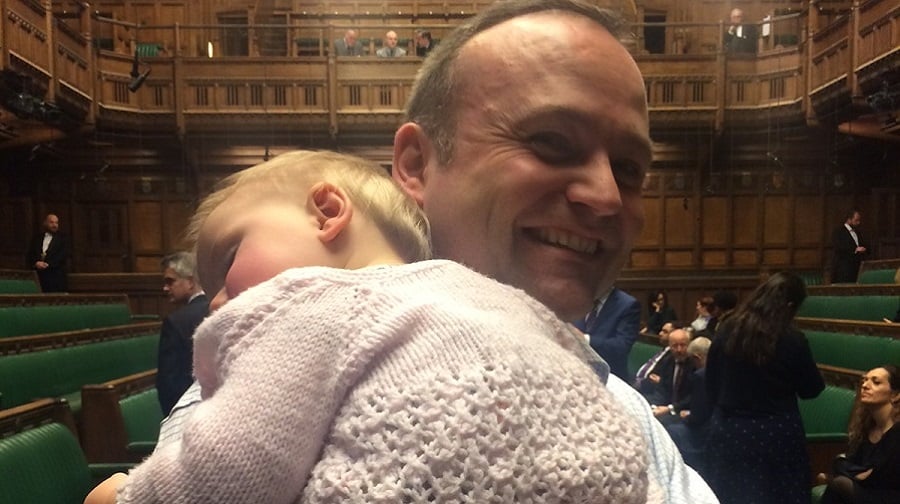 Bermondsey and Old Southwark MP Neil Coyle took his ten-month-old daughter Esme into the House of Commons for the Istanbul Convention vote on Friday.

The Labour MP, who became a dad after his wife Sarah gave birth in April, took his daughter along with him as he voted in favour of the bill which aims to tackle violence against women.

“It’s the first time I’ve ever taken her,” he said after the vote on Friday (Feb 24). “Mainly she sleeps at about 11am but she just wouldn’t sleep because she’s got a bit of a cold.

“When there’s going to be a vote you get about 20 minutes’ notice so when I realised it was in 20 minutes and that she wasn’t going to be asleep I just took her over.

“They were great actually; the clerks looked after the pram and the Speaker, John Bercow, was really encouraging.”

Ratifying the Istanbul Convention means that the UK Government is obliged to guarantee funding for shelters, rape crisis centres, helplines, and education in schools on healthy relationships.

The Private Member’s bill, introduced by Dr Eilidh Whiteford, SNP MP for Banff and Buchan, passed its third reading on Friday by 138 votes to 1.

Every week, in England and Wales alone, two women are killed by a current or former male partner, according to the Office for National Statistics (ONS).

“It would be good to see the UK Government doing more,” said Mr Coyle.

“We’ve seen what the pattern has been since 2010 with a cutback in services for women. As things stand a lot of the providers are saying they can’t continue to provide hostel accommodation or emergency accommodation for those fleeing violence because of Government cuts.”