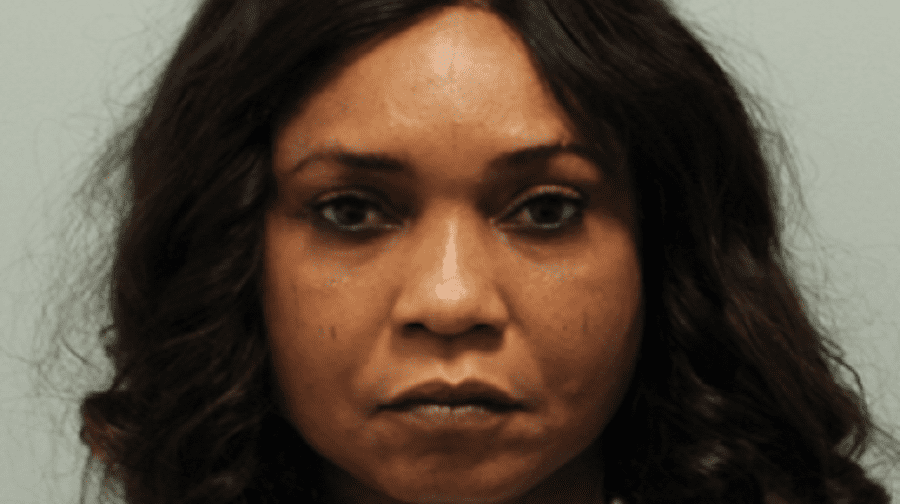 Josephine Iyamu, formerly of Bermondsey, has been convicted of heading up a criminal network that subjected vulnerable Nigerian women to voodoo rituals before trafficking them to Europe and forcing them into sex work (National Crime Agency)

A Bermondsey-based nurse has been convicted of heading up a criminal network that subjected vulnerable Nigerian women to ‘voodoo’ rituals before trafficking them to Europe.

Josephine Iyamu, 51, formerly of Bermondsey, denied trafficking five women from Nigeria to Germany and exploiting them for prostitution.

But she was convicted of modern slavery offences and perverting the course of justice by a jury today, Thursday, following a ten-week trial at Birmingham Crown Court.

Her conviction is the first successful prosecution of a British national for offences committed overseas under the Modern Slavery Act.

Her husband was found not guilty of perverting the course of justice.

The National Crime Agency (NCA) began investigating Iyamu in July 2017 after the German Polizei identified one of her victims and recovered evidence pointing to her being the ringleader of a network trafficking vulnerable women.

NCA officers tracked down Iyamu, known to her victims as Madam Sandra, to a small flat in Bermondsey where she was working as a nurse.

Despite the couple’s moderate income, the NCA says Iyamu frequently travelled to Europe and spent long periods of time in Nigeria where she owned a large house in Benin City.

The court heard that Iyamu oversaw the recruitment of vulnerable women, arranging their travel from rural towns in Nigeria to Germany, promising them a better life in Europe.

A nurse from #London who subjected women to voodoo rituals before trafficking them from #Nigeria to Europe and forcing them to work as prostitutes has been convicted under the Modern Slavery Act. @PolizeiTrier

In exchange for facilitating the travel, Iyamu charged the victims between 30,000 and 38,000 euros.

Once in Germany they would be met by one of her associates who placed them in brothels and made them work as prostitutes in order to repay the debt.

According to the NCA she enlisted the help of a voodoo priest to put them through a ‘Juju’ ceremony – a ritual designed to exert control over the women.

Where they were forced to drink blood containing worms, eat chicken hearts, have their skin cut with razor blades and made to take an oath not to try to escape or tell the police and to repay the debt.

Five of Iyamu’s victims gave evidence via video link from Germany during her trial and detailed the horrendous conditions they endured while travelling over land across Africa, and then by boat to Italy, with sexual assault, rape, kidnap and death commonplace along the route.

Witnesses from Nigeria also gave evidence – one in person and others by video link. Iyamu and her husband were arrested by NCA officers after they landed at Heathrow airport on a flight from Lagos on August 24, 2017. Her husband was however later found not guilty of perverting the course of justice.

Forensic analysis confirmed that one of Iyamu’s phones was used regularly to make and receive calls and messages from her victims in Germany.

The women later explained she would ring to remind them how much they owed and threaten them into paying.

“With zero regard for their safety and wellbeing, she sent them via dangerous routes to Germany and forced them to work in brothels to fund her own lifestyle.

“To her, these women were not human beings seeking a better life. They were merely a commodity which she could exploit to generate income for herself.

“I commend the bravery of the five women who came forward and recounted the abuse they suffered. Thanks to them, Iyamu will no longer pose a threat to others.

“Borders are not a barrier and working with our German and Nigerian colleagues, the prosecution was able to bring the strongest possible case to court and ensured she faced justice in the UK for her crimes.”

Mario Lahn, lead investigator from the Polizei in Trier, Germany, said: “It’s hard to describe how these women had to suffer on their trip to Germany.

“In every meeting with them it became apparent what anguishes they had to get through and all of them are still suffering.

“The excellent and uncomplicated cooperation between the criminal investigation department in Trier, the Federal Criminal Agency, the NCA, the police in Nigeria and Europol led to the court case of Josephine Iyamu and her condemnation.“

Iyamu is set to be sentenced on July 4.