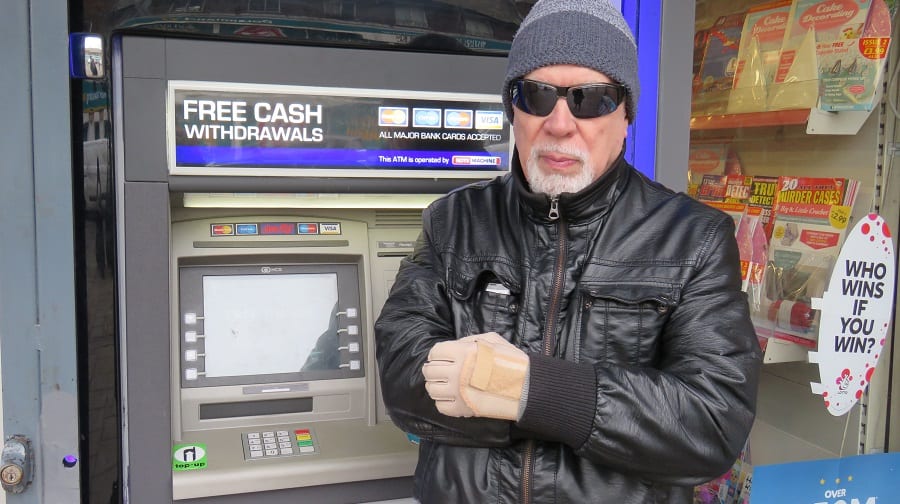 An elderly Bermondsey man has become the latest resident to fall victim to a cashpoint theft.

Geoffrey Attridge had £200 stolen from his account after he initially thought an ATM had swallowed his card.

The 77 year old said he tried to use two cash points on Southwark Park Road at about 10.15am on February 23 before his card appeared to be swallowed at a third cash point.

But it was later revealed that someone managed to withdraw £200 from his account using a cash point near Surrey Quays Tesco store that same day.

Speaking to the News, Mr Attridge said: “I first tried to withdraw £50 at the Lloyds TSB cash point on Southwark Park Road, then I tried the Post Office, and then I tried the Blue Newsagent.

“The first two times it just said it wasn’t available after I put my pin number in and said how much I wanted and then the third machine swallowed my card.

“I was there for about five minutes and no one else had come at that time but when it didn’t come out I pressed the button to cancel and it just never came out.

“I had to borrow £500 off a friend because I had no money for near enough two weeks.”

The News previously reported the stories of two pensioners who were both conned out of £300 by opportunists during distraction thefts at cash points on Southwark Park Road.

Thieves swiped one card in broad daylight at the cash point outside the Blue Newsagent, while the second pensioner was left in tears after her card was stolen at an ATM outside the Post Office.

In both of these cases, the brazen opportunists withdrew the money from a cash point outside a Tesco Express store just yards down the road.

Mr Attridge said he believed cash points in the area should have more security, such as a pin pad cover, to protect people.

He added that London Mutual Credit Union had refused to reimburse the £200 stolen from his account.

“I was told it was my fault because I didn’t cover my pin number,” he said.

A spokesperson for London Mutual Credit Union told the News Mr Attridge’s money would be refunded, although it was not their policy, and urged people to take care while using cash machines.

How are people still able to do this ? The shop who are the ones benefiting should be held responsible for them …and where is the CCTV footage if its in a main road ?