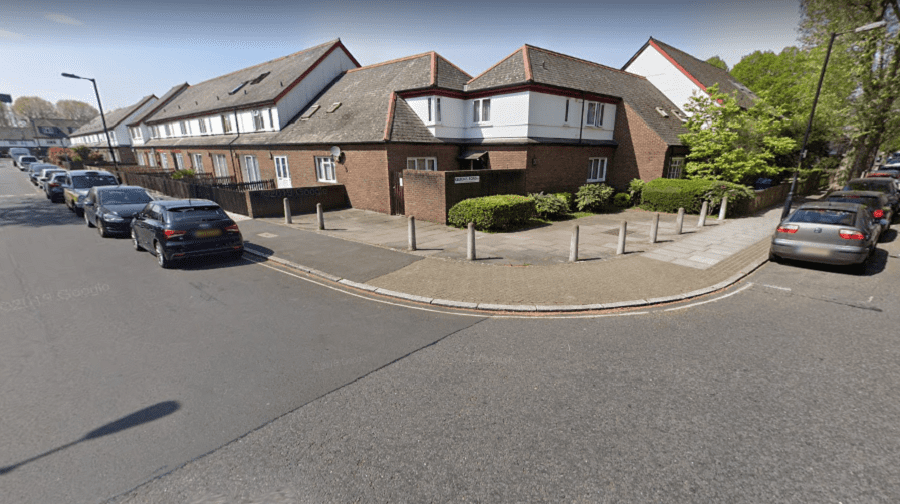 A pair of sick con artists stole from an 83-year-old Bermondsey woman in her own home by pretending to be council plumbers this week – to take just £40 from her purse.

The disabled pensioner has lived on her own in Keeton’s Estate following the death of her husband five years ago.

The handbag had a precious picture of her late husband inside, alongside money, her bus pass and her house keys.

Speaking to the News, the family said they need the community’s help to find the two fraudsters who stole from her on Wednesday evening.

“Yet they still went ahead and did what they did. It’s awful, especially at a time like this.

“Everyone’s raging, saying it can’t be someone from Bermondsey, because proper Bermondsey folk wouldn’t do this.”

Cops say they are pursuing the case, and urge anyone who has seen the two men who tricked their way into the woman’s home to contact them.

The family has also put up a £2,000 reward to help find the culprits.

The victim, who has arthritis, mobility problems and a chronic lung condition, is “still shaken up and sore from the shock.”

Explaining what had happened, her daughter said: “At about five o’clock Wednesday evening she had a knock on the door and she opened it.

“There were two blokes. One of them said he was from Southwark Council, and he said there had been a leak from the upstairs flat.

“He said, ‘We’ve got to come in,” and then he said, ‘I’ve got to check your bedroom to make sure the leak isn’t coming through there.’

“My mum said as soon as they said about a leak, she just panicked, she said they seemed so genuine.”

One of the distraction burglars is described as white, in his thirties, clean-shaven, with short black hair.

He had a dark jacket on. The other was also white and clean-shaven with short ginger hair, aged in his late twenties. He was wearing a blue checked shirt, blue jeans and white trainers.

Once inside, one of the men tried to persuade the victim to get down to check underneath the sink as a distraction – which she cannot do because of her disabilities.

This was when her suspicions were aroused and she pressed the speed dial on her phone to her son.

“She was screaming at them, ‘Get out of my house,’” close relatives say.

“Then they legged it out. But she noticed they had stolen her handbag out the living room with her purse inside.

The bag has since been recovered in Lewisham according to family. But it is missing the money and house keys, although the locks have been changed.

Family think that the pensioner was purposefully chosen by the crooks, because of the coronavirus lockdown.

“I think she must have been watched for a while,” her daughter believes. “They know it’s a lockdown.

“She’s not had any visitors apart from people dropping stuff off.”

The Met confirmed the theft and the con artists’ descriptions.

“On arrival police found an elderly woman had been the victim of a distraction burglary whereby two men had posed as plumbers to gain entry to her property,” a spokesman said.

“The two men stole the woman’s handbag and purse before leaving.”

Anyone with information should contact police on 101, quoting CAD5325/15Apr.