“I told them ‘I’m pregnant! What’s wrong with you?,’” Cécile said. “They just laughed and insulted me. If I hadn’t been pregnant I would have gone after them and taken them to their parents.” 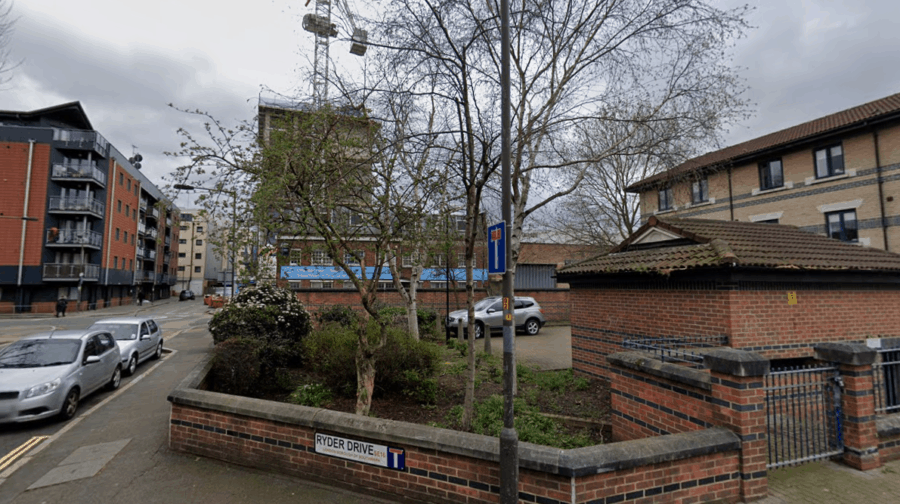 Ryder Drive, near where the attack is said to have taken place

A pregnant Bermondsey woman has called for people to be wary – after she says she was slapped in the face by two teenage boys on an e-scooter on the weekend.

Cécile Bizot was walking along Credon Road near the corner with Ryder Drive in south Bermondsey on Sunday evening, September 26,  when the two boys came along behind her. She turned to let them pass when she said she  felt “a massive slap” on her face. She described them as both white and aged between thirteen and fifteen.

“I told them ‘I’m pregnant! What’s wrong with you?,’” Cécile said. “They just laughed and insulted me. If I hadn’t been pregnant I would have gone after them and taken them to their parents.”

Cécile, who is about twenty weeks pregnant, was shocked by the incident. Luckily a kind woman walked her home and a nearby shopkeeper gave her a glass of water.

Police are looking into the incident, but have not made any arrests yet.

Cécile said she appears to be fine but the attack could have been worse.

“Your balance is different when you’re pregnant. Something could have happened to the baby and that’s what I’m scared about.”

Now she wants to warn people about this kind of attack and let the boys know that this behaviour is not acceptable, even if they think it was just a prank.

“I understand it’s kids but at some point you need to take responsibility. You don’t hit anyone in the face thinking it’s just a normal thing to do, let alone a pregnant woman.

Cécile, who has lived in Bermondsey for eight years, said she did not think the incident was representative of the area as a whole. But having to endure insults or aggressive behaviour from men is all too common for women everywhere, she added.

“It’s something you get used to. I get followed sometimes, or insulted, or hit on. If I see an adult man looking a bit high or drunk I will be careful and go another way. But I was not expecting that from kids.”

“You should never slap anyone but most of all a woman. We should not be targets of men anyway but on top of that to be targeted by children is too much.

“I don’t want to be afraid of everyone when I go in the street. Your balance is different when you’re pregnant. Something could have happened to the baby and that’s what I’m scared about.”

A spokesperson for the Metropolitan Police said: “At 19:01hrs on Sunday, 26 September police received a report of an assault that had occurred in Ryder Drive, Southwark.

“It was reported that a woman in her 30s had been assaulted by two males who were travelling on an e-scooter. The woman did not require hospital treatment.

“Officers are carrying out enquiries into the circumstances and are reviewing CCTV from the area. No arrests have been made. Anyone with information is asked to call police on 101.”