The group, who practise at the Harris Academy for Girls, have made the live finals of BBC One's primetime competition, The Greatest Dancer 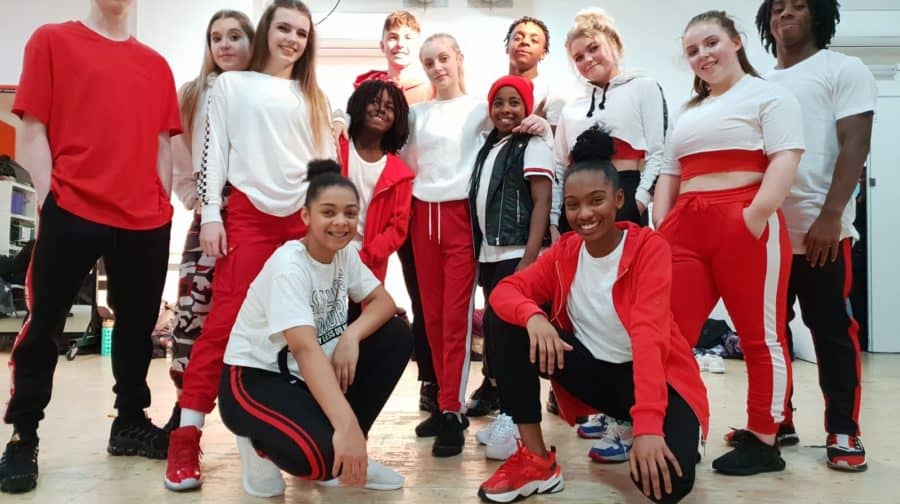 A Bermondsey-based dance group are in the mix for a £50,000 prize, after making it to the final nine of BBC One’s prime-time competition, ‘The Greatest Dancer’.

Street dance group Prospects Fraternity will be appearing on the live-shows of the dancing competition on Saturday watched by millions of viewers in a bid to claim the cash prize – and the opportunity to perform on Strictly Come Dancing.

To get this far, the group – who practise at Harris Academy for Girls – had to win over 75 per cent of the audience in an initial audition, before being picked by one of the show’s three ‘dance captains’, who include Cheryl Cole.

If the talented thirteen win the ultimate prize, the money would go towards opening a dance studio in south London, possibly in Bermondsey, says its oldest member, eighteen-year-old Albie Lewington.

“When I wasn’t dancing, I was going down some dark roads”, he said. “The dancing, it’s helped me get out of that mind-set.

“[Setting up a studio] with the prize money, it’d help a lot of people in Southwark and in the community as well.

“Because I live in Southwark I’d be promoting it wherever I am too.” Eighteen-year-old Prospects Fraternity dancer, Albie, said the money would go towards setting up a dance studio in south London if the group wins the televised competition

The group, formed of dancers from all over the country around two years ago, ranges in age from ten to eighteen-years-old and now sees itself as one big family.

“I’m the oldest, so I feel like the older brother,” said Albie. “I feel like I’m responsible for all of them.

“We’ve only been a group for about two years but the bonds we’ve made in that time, it’s like no other group I’ve been with.”

The dance act are working flat out to seize the top prize, rehearsing a “lot more” than their usual twelve hours to wow the audience, the show’s dance captains and viewers at home.

This is not the first taste of fame for teen street dancer Albie – he has previously appeared on the live shows for Britain’s Got Talent.

Despite the practice, the St James’s Road resident still has nerves about performing live on-air in front of millions of viewers.

“I’m really nervous – but I don’t think anyone else shows it,” he said. “When I did Britain’s Got Talent [liveshows], I fell over on stage!”

The group is part of #MatthewSquad – meaning they are mentored on the show by Broadway star, Matthew Morrison.

The actor and dancer, best known for playing Will Schuester on Glee, “meets up with us and he talks us through what we’re going to do,” said Albie.

“There’ll be three live shows through-out February, all with challenges based on themes. The first one is colour.”

The first of the three live challenge shows airs on BBC One at 7.30pm on Saturday February 2.