Could this be the next step to the Old Justice re-opening as a community owned boozer? 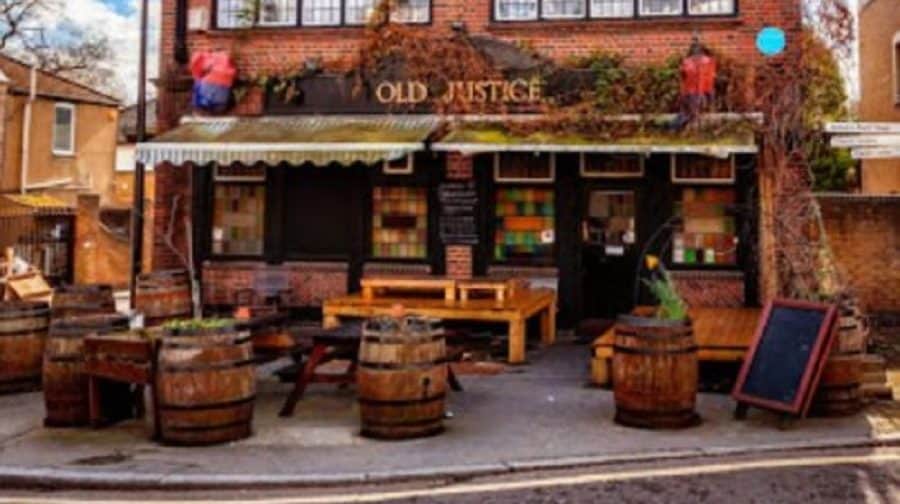 Bermondsey pub campaigners are toasting a victory tonight after an off-shore developer backed down in a boozer battle.

Locals had previously launched a campaign to reinstate the former Old Justice pub on Bermondsey Wall East as a co-operatively owned boozer run by and for the community.

The interior of the Grade II-listed pub, which was once the backdrop to a Sir Paul McCartney music video, was dramatically changed under the owner’s watch against council rules, prompting an enforcement notice from the local authority.

But in an email seen by the News, council officials confirmed that the enforcement notice appeal had been withdrawn – paving the way for the building to be restored to its former glory. “I am pleased to say that the owners of the Old Justice public house have withdrawn their appeal against the listed building enforcement notice and so there is no longer a need to hold a public inquiry,” said council planning officials.

“The owners are now required to take the steps in the listed building notice and reinstate the interior of the ground floor of the Old Justice public house.

“The Council’s Planning Enforcement Team shall monitor compliance with the notice.”

Campaigners Darren Chandler, 48, from Walworth, along with friend Richard O’Shea, who lives near Surrey Quays, have spear-headed a campaign to have the popular boozer run as a co-op by locals.

They had also been prepared to challenge the developer at a planning inquiry later this year over the unauthorised changes to the pub.

“This has come completely out of the blue for the people involved,” said Mr Chandler, a book-keeper.

“We didn’t expect Hamna Wakaf to roll over so easily.

“We’ve got some plans and ideas still in embryonic stages for the pub. We still want to fight on to bring the pub back to the community.”

Mr Chandler added that he and Mr O’Shea wanted to thank Bermondsey residents Gary Kandisky and Maxine Charlton who had given evidence to council officials about the pub, as well as the more than 1,500 people who signed a petition backing a bid for the Old Justice to be turned into a co-operative.

Nearby China Hall, on Rotherhithe’s Lower Road, closed its doors in January, following a long-running battle between its landlords and Hamna Wakaf as reported by the News.

Plans by the developer were submitted to the council to expand building to include four flats – which were rejected by the council.

The campaign for the Old Justice can be found by searching ‘No More Lonely Nights The Old Justice’ on Facebook and Twitter.

The campaign name comes from the title of the McCartney song which had its music video filmed inside the boozer.